Going by the reports, the two were in a serious fight over a woman. According to the police, one of businessmen operates a microfinance firm while the other one operates an hotel.

According to the witnesses, "the microfinance businessman found the other businessman in a compromising situation with his wife, in the hotel." At the scene, the man got angered and prompted a fight.

The Businessman, microfinance, further explained that his wife is a mother to four kids. Apart from that, his wife escaped with ksh 100000, which was met to buy stock.

The fight resulted to serious injuries on the two 'established' businessmen. But the one who got more injuries was the microfinance businessman. His face got hit by a stone.

On the other side, the other business encountered loses in his hotel. Most equipments were broken. During the scene, the wife was screaming for help.

Otherwise share with us your thoughts on the comment section. Follow me to get the latest news about our society. I will get back to you with more crime and society news. 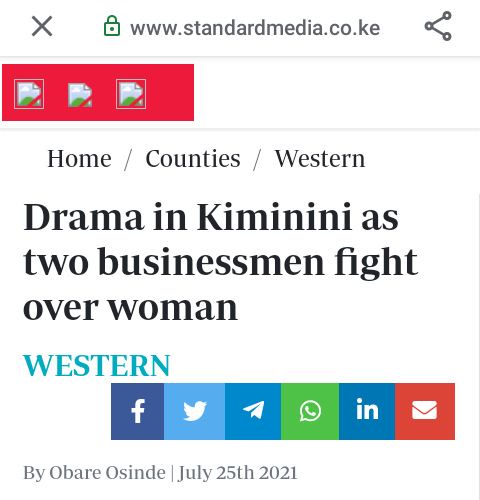 5 Commandments In The KDF No Soldier Can Risk Breaking