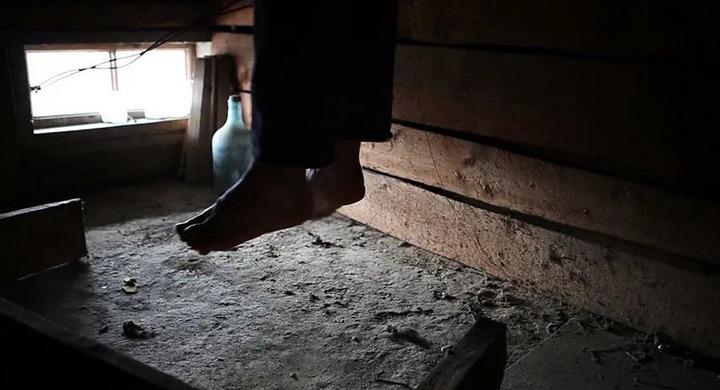 A German National who was married to a Woman in Nyeri, allegedly committed suicide inside their House after a heated argument with Wis Wife whom He had earlier accused of cheating behind His back, despite the marriage Vows that they took.

Waise Armin, a 75 year old Man is reported to have done the Unthinkable act by hanging Himself on the door frame inside their Bedroom after the whole argument with His 38 year old Wife Rosemary Wangui.

Upon the happening, Wangui who was the prime suspect in the murder rushed to the Nyeri Central Police Station to record a statement on the same. The Lady, said that She had paid a visit to Her Sick Mother in Othaya Constituency, and later decided to travel back to Her Matrimonial Home in Muhasibu Estate, only to find Her Husband angry and demanding answers to what He termed as infidelity claims. 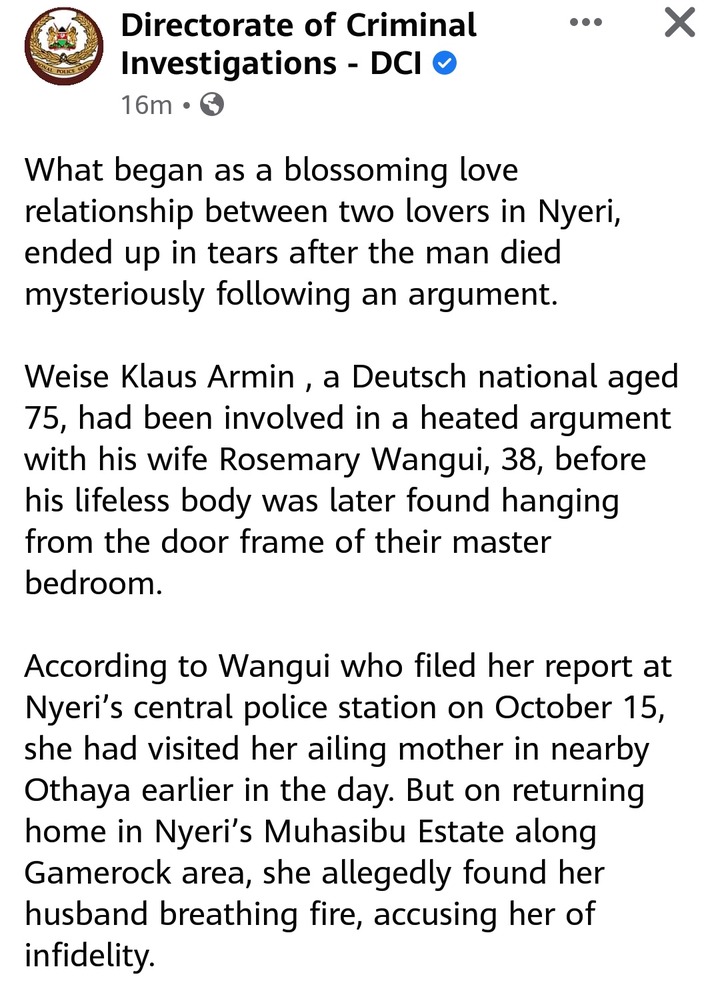 The late Armin had gone extra miles to pick up a knife while threatening to Kill Wangui, who escaped with a whisker and managed to save Her life. It was at this point that the Man locked the bedroom door and Purportedly ended His life due to frustrations that originates originated from the argument. Police who availed themselves on the scene found the body which was hanging on a rope.

Detectives from the scene of Crime, together with their Homicide Counterparts and Crime research and intelligence Bureau collected statements from trustworthy sources and taken forensic tests from the Scene as they dig deep into the matter. Meanwhile, the Immediate Kin to the Man is expected to arrive from Germany in order to stand in as the Postmortem is done on the body to know the Cause of the whole unfortunate happening. 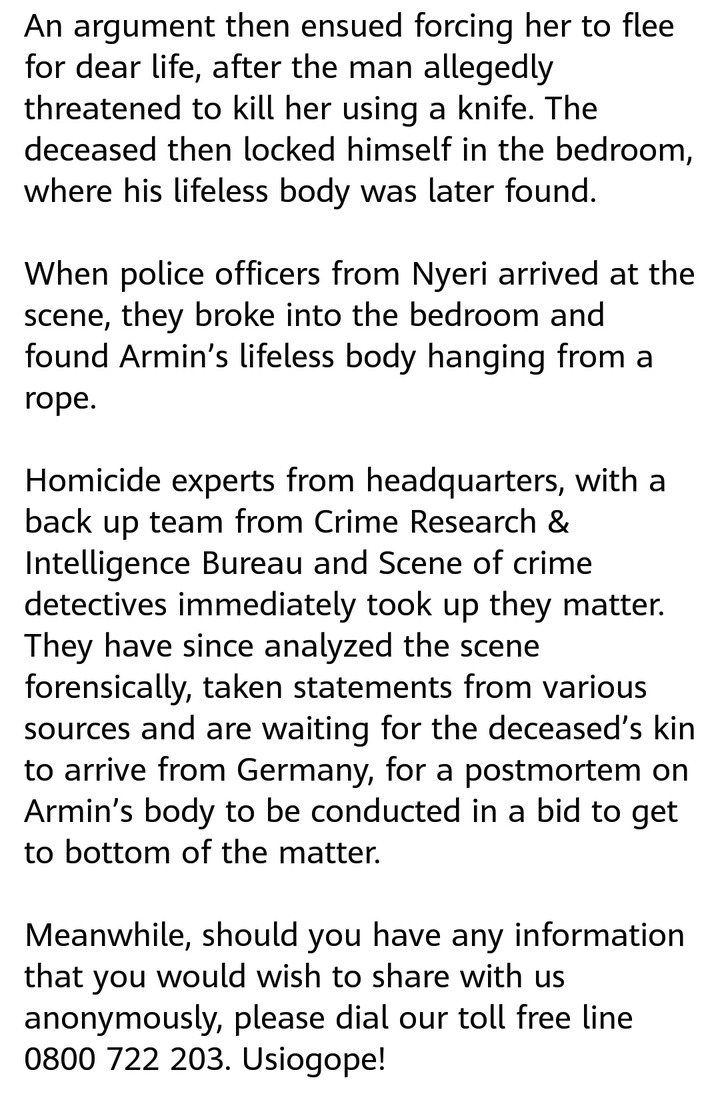 This falls under hundreds of cases that has been submitted in Court and pending ones in the DCI, that has involved various deaths especially of foreign nationals who settled In Kenya in a bid to execute their missions and enjoy more diverse environments.

The DCI have however been working on a tip off from the members of the public, and with high expertise in their Investigations and analysis in order to determine the root causes of the problems.