Remember the recently killed child serial killer Masten Wanjala, he was reported to have escaped from the police station where he was detained waiting for the day to appear before the court following his confession of killing 13 children. 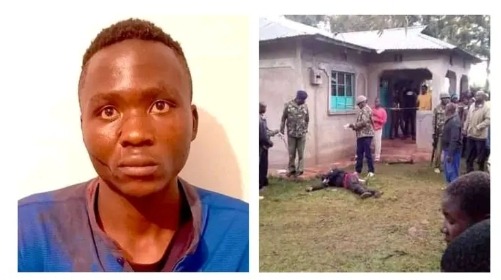 Masten Wanajala met his dead hours after he was reported to have escaped from Jogoo Road police station. His body was then taken to hospital in Bungoma county where it was later revealed that postmodern had to be done.

His dead has taken a new twist as more devastating details continue to emerge, it is reported that family has now refused to bury their body claiming that they fear being perceived as killers by other communities following the evil dids that Wanjala did. 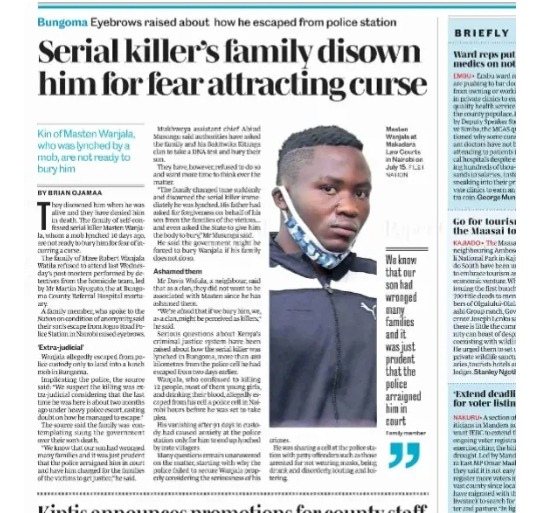 This is actually much painful especially to his father who had earlier requested the state to give him his son's body to bury. According the reports the family has refused that they can't bury the body since they fear blood of the killed children could bring more troubles in the family.

It is again reported that he had been disowned l9ng time ago even before he met his dead.

Do you support the decision that is made by family members to refuse burying Wanjala's body? Drop your opinions in the comment section.