Man Lynched To Death In Botched Robbery In Kwale

By ModernRogue (self media writer) | 1 year ago 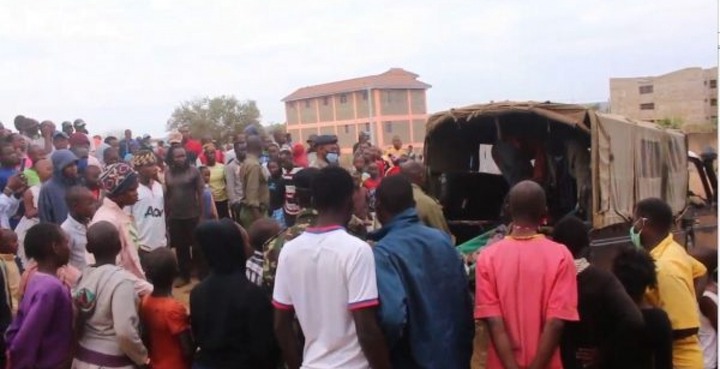 A man was reportedly lynched on Saturday in a botched robbery by an irate mob in Kwale.

According to reports, the incident happened in Tiwi within Matuga sub-county. The sad incident was confirmed by Kwale County Police Commander Steve Oloo.

It is reported that the suspect had tried to break into a shop before things went south. He was beaten to death by the residents.

The police commander said that they got a report from one of their retired officers about the incident. He said that someone had been attempting to commit robbery but he was spotted. 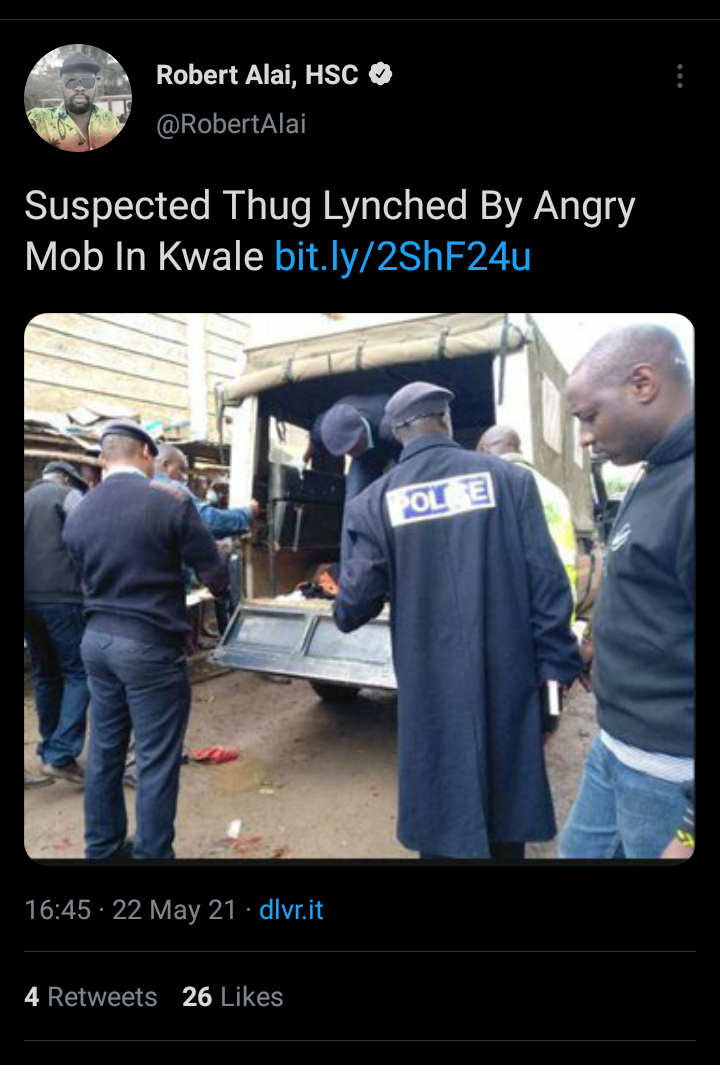 The shop owner called for help and the residents responded to his calls. The suspect was attacked with stones, slaps, tree branches and random kicks from the angry residents.

The suspect died when the police officers were still trying to identify him.

The dead body was transferred to Kwale Mortuary as the police started investigations.

Kenyan Nurse, Hellen Wendy, Who Died While Swimming In Pool In Canada, Buried In Emotional Send-off