Three More Have Been Rescued From Migori Mine

By nyangachab (self media writer) | 6 months ago 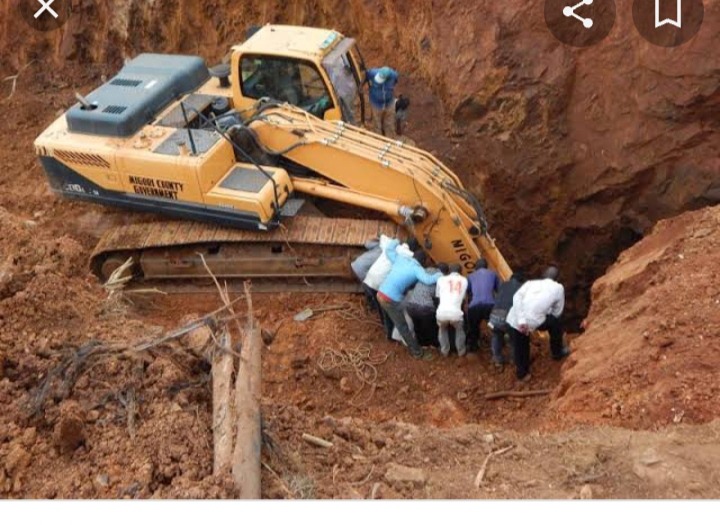 This brings to eight the total number of miners found alive. One miner was retrieved dead on Saturday. Karani said they will continue with the rescue process as the exercise entered the seventh day. In a report by the Daily Nation, the official spokesman of the artisanal miners, Nobert Aketch, said it is difficult to pass the food and water to the remaining trapped miners. Aketch expressed fears that the remaining victims may be starved and dehydrated, adding that the rescuers were communicating with the trapped men through pipes that went down the shafts. 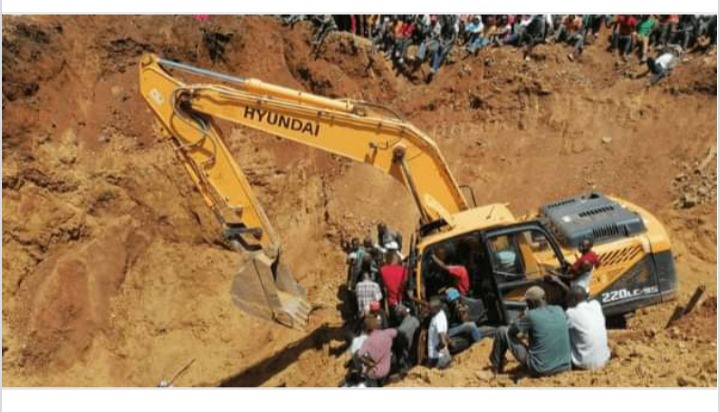 “We have been trying to use the hole to drop bottled water with glucose to keep them going," Aketch said.

The delay in rescuing the miners who were trapped on Thursday morning has put the government on the spot over the slow disaster response, as it emerged that rescuers had encountered difficulties due to the weak walls of the mines and loose soil, which keeps collapsing.

Two excavators had since stopped scooping soil, paving the way for dozens of miners to try and secure their trapped colleagues manually. They have had to scoop the soil with a lot of caution.

On Monday evening, the rescue operation was interrupted after the quarry walls collapsed, injuring three members of the team. "The collapsed wall blocked the pathway once again forcing the rescue team to start operations afresh," Karani said.

UGANDA: Photo Of The 29 Million Nyamareebe Market That Collapsed A Week After Being Roofed