What Gigathi Gachagua Did After He Was Released By DCI Yesterday

By JKNews (self meida writer) | 1 months

Gigathi Gachagua was arrested by DCI detectives from his home on Thursday, where he was taken to DCI headquarters in Nairobi being held over the weekend until today on Monday when he was released through a bond of 12 million bonds.

The UDA celebrate his release at home, where he when on to his Facebook page to thank all those who support him.

Gigathi Gachagua had to celebrate his release by thanking the following, people of mathira, hustler nation, ten lawyers under the leadership of senior counsel Kioko Kilukumi, Police Officers at DCI office headquarters, his friends and his entire family.

Here is the full statement from his social media platforms: 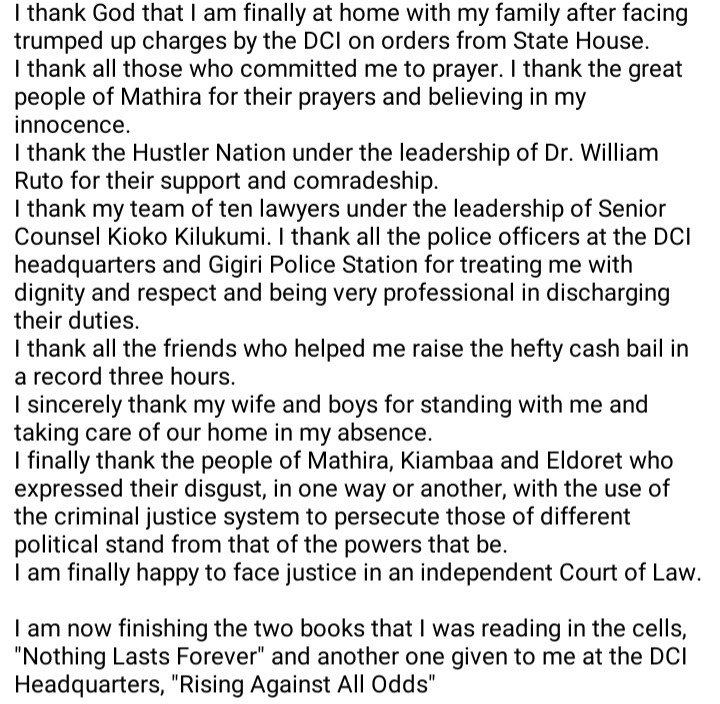 Gigathi Gachagua, said he had good care from police officers who was at DCI headquarters where they express dignity and respect to him.

Gachagua said he had to finish his novels that was given while he was at cell in DCI Headquarters, that is "Raising Against All Odds" and another "Nothing Will Last Forever " 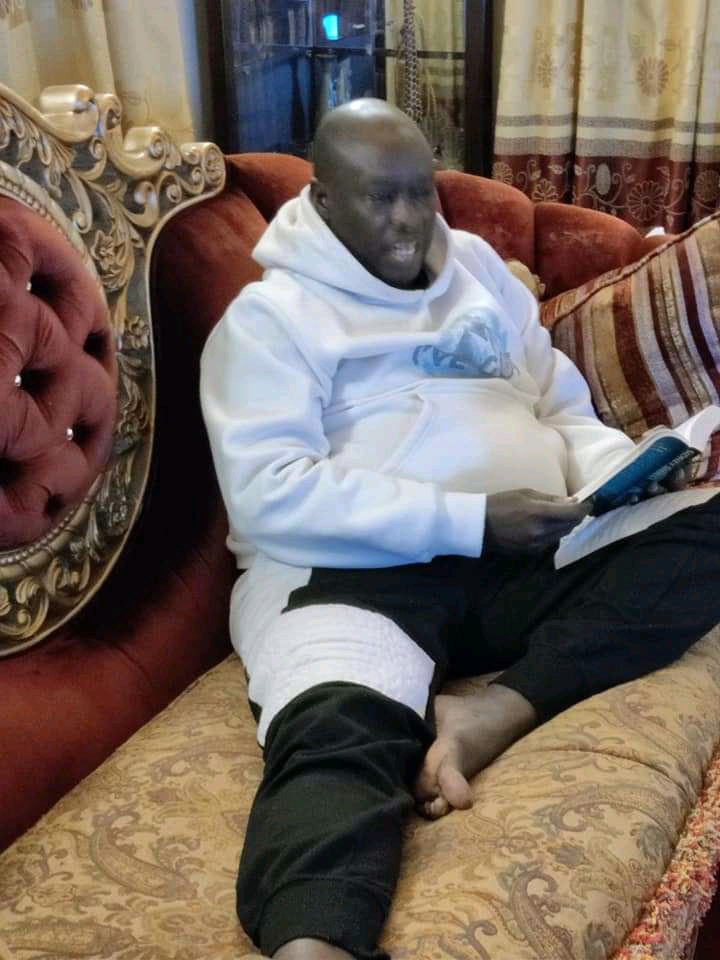 Netizens had mixed reactions, some reactions was: