By Derrick_Omondi (self meida writer) | 25 days

A prison warden in Mwingi Central,Kitui county has been currently arrested over the allegations of killing his girlfriend and one year old son on the spot. 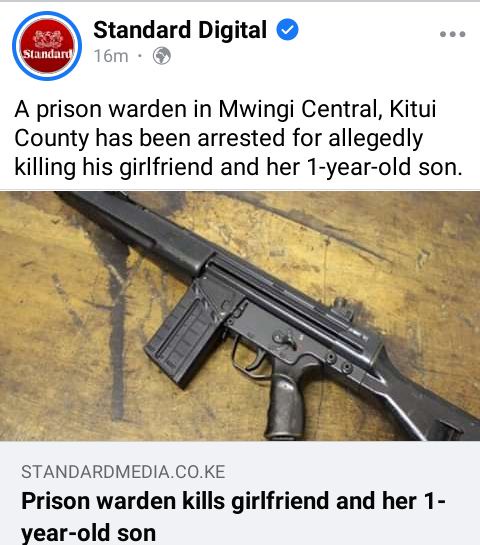 The man whose name hasbeen revealed as David Nduati Kimani is said to have allegedly committed the act at 11pm on Tuesday,May 18.

The man was however arrested while he attempted to flee from the scene with the motive of the crime yet to be established. 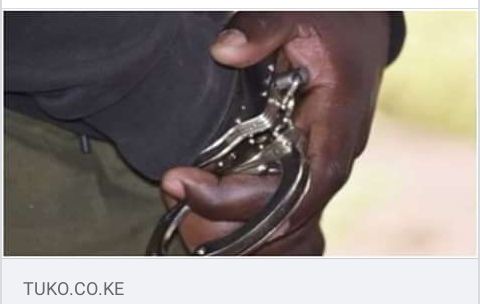 An alarm was raised by two officers that were charging their duties. The two officers claimed that they had gun shots and acted immediately .

However the man surrendered his GK rifle to the officers manning the gate while confessing what he had done. 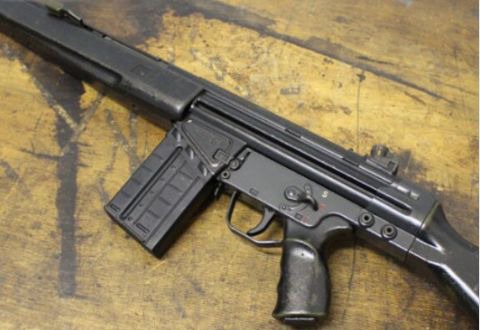 Police said that, Kimani had fired atleast six bullets which killed the two on the spot.

According to the police,the two were living with the man at the wardens headquarters and they had just come from home where the lady had gone to visit her parents.Kimani then confronted them over the reasons that are yet to be ascertained.

Most Hated Man On Earth (PHOTOS)