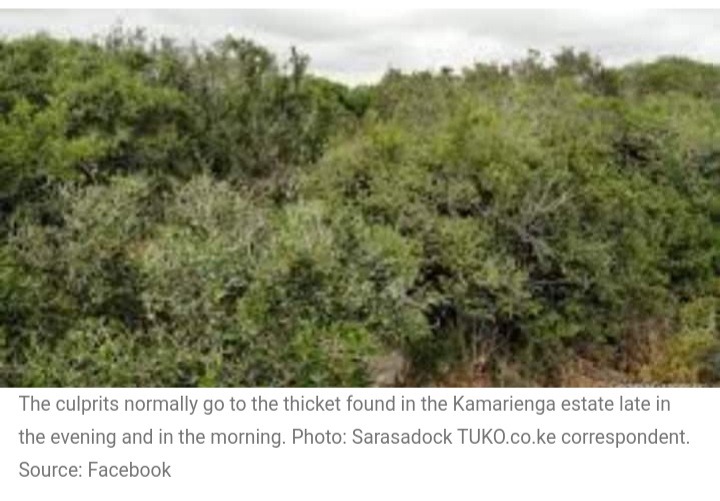 The residents argued they have been spotting a man and lady holding their hands together going to the bush before going missing, making them feel uncomfortable.

Suna Oruba administrator Charles Ouma confirmed the incident saying he has a report of the unfortunate incident, which usually often takes place in the evening and very early in the morning.

“We have a report of what has been going on and the happenings in that bush; I have also got wind that school-going kids have been caught blewing balloons with used condoms and making stories and even copying of what they see in the thickets," he said.

The administrator revealed that few months ago he got reports and assigned nyumba Kumi elders who investigated for some weeks.

“In few months, we netted some suspects in the act, had them caned and taken to the police station. But we are worried that a second wave is coming,” Ouma said.

He revealed that the bush is situated in a swampy, less populated area of the estate and often, it always act as a dumpsite which has turned out to be a lodging for the lovebirds.

Locals added that the thicket is used by many, more so housewives or adulterous couples who feared being caught in lodgings.

The thicket is also cost free and a good place to enjoy themselves. 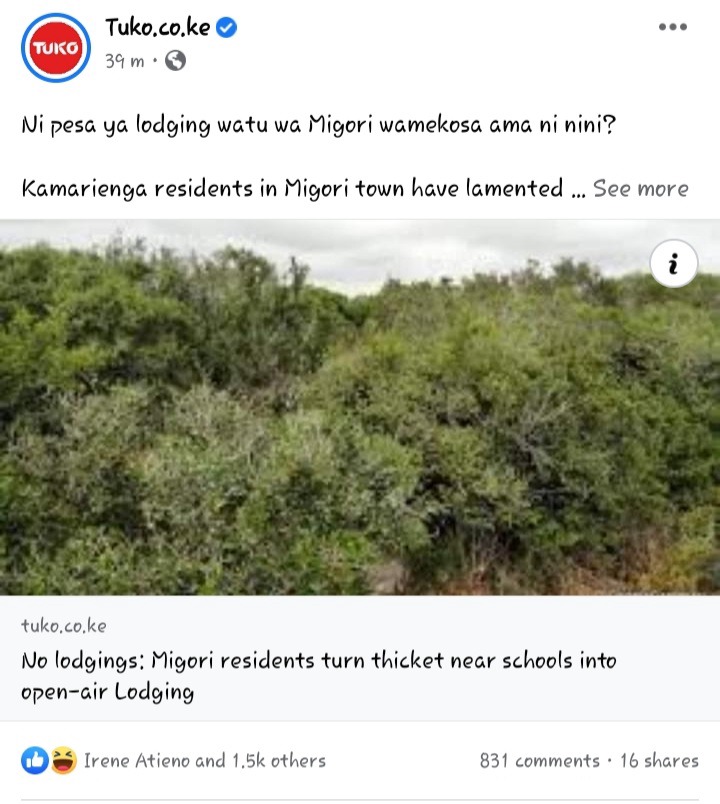