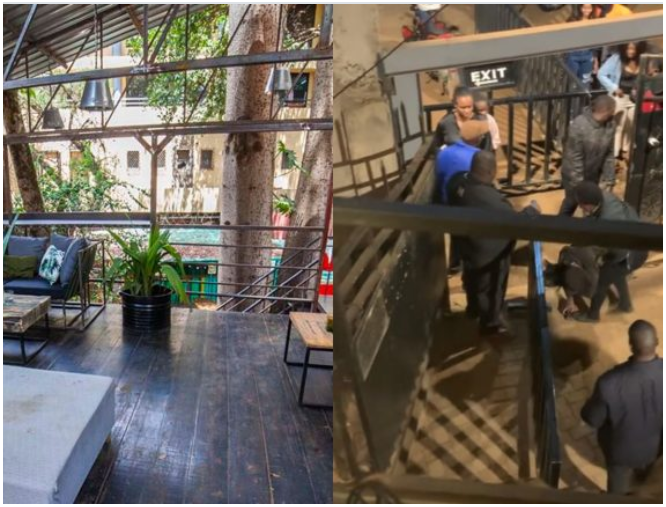 The Alchemist bar in Nairobi is for the second time this month on the spot following a distressing video of a female reveller being manhandled by bouncers at the entertainment joint.

The 1:52 video seen and shared on social media saw the bouncers pin down the woman at the entrance of the joint before lifting her up as she attempted to resist security checks.

They attempt to drag her out of the gate but she managed to recollect herself towards the right-hand side as the other revellers continued streaming in uninterrupted, one at a time.

However, the woman charged at the gate, beating one bouncer who tried to stop her and entering the facility where she was met by the rest of them who tried to restrain her as she screamed to alert the other guests.

During her screams, the bouncers tried to force her out of the joint but she was resistant as a female bouncer tried to calm her down while leading her to the exit.

Meanwhile one of the bouncers kept conducting security checks on the other revellers who watched the scene unfold as they got in. Two women could be seen approaching her, curious to find out what was happening.

The woman who recorded the whole proceedings, identified as Mwikali, shared more details of the incident, revealing that two bouncers clambered upstairs after the ordeal upon noticing that she was recording it.

“At the end of the video, you can see some people realizing that I’ve been filming. In the moments after, two bouncers came upstairs and demanded that I delete the video.

She added that the manager had arrived inquiring what had happened. She explained the situation and he assured her that she didn’t have to delete the video while promising to update her on the events below her.

“Having just witnessed the violence they committed against that young woman, their attempt to detain, intimidate, and censor me, made me scared for my well-being. What chance did I stand against these huge menacing men that so readily brandished their physical strength?

“I fully believe that they talked to me and treated me in the way that they did for the same reasons they felt at liberty to treat that young woman the way they did, we were both Black, Kenyan, Women,” she added.

She accused Alchemist and its employees of being too used to being on the wrong side of history owing to the recent allegations of racism and segregation against the club, which is yet to issue its statement on the matter.

The joint had met Emmanuel Murgor, who took a video showing racial discrimination involving Black Kenyans being blocked by a door reserved for white and Indian revellers that went viral on Sunday, May 29. It shared a statement from Murgor, through his advocate Towett Titus, on Friday, June 3, noting that the clip had misled the public and was not in line with the events that occurred on the evening of Friday, May 20.

Murgor acknowledged that the video did not show that there was racial bias in the establishment and that upon reviewing the footage and from his experiences inside the club, noted that it was open to diversity and had zero tolerance for racism. 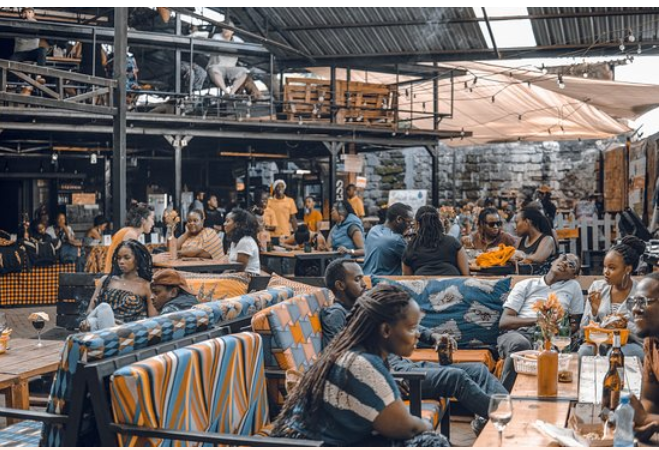 He also apologised over the uproar the clip had generated which brought the attention of the Nairobi County government.

“I also reiterate that from how the club’s management has handled the incident, they are open to diversity and have in fact zero tolerance towards racism.

“I deeply apologise for any narrative the short clip may have caused. It was never my intention,” he addressed.