Miguna Shares His Thoughts About Rachier's Free Masonry Stance, Claims What He Has Done To Gor Mahia

Canadian-based Kenyan lawyer Miguna Miguna has for the first time shared his thoughts following the sensational claims made by Gor Mahia chairman Ambrose Rachier that he was a member of the freemasonry.

The exiled lawyer who is never shy to call the shots has castigated Rachier in the documentary that was aired on NTV where the Gor Mahia patron stated that the late Queen Elizabeth II was their leader. 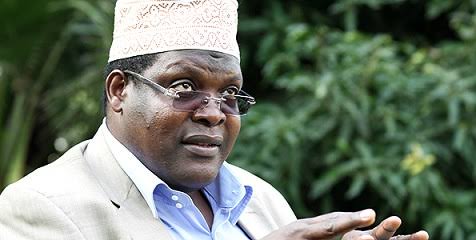 According to Miguna, if freemasonry is a champion of charity, how many schools, hospitals, orphanages and shelters for the poor they had built in Gem in Siaya county where Rachier hails from.

While speaking on his social media account, the outspoken lawyer who is set to jet back to the country on October 24 felt that Rachier and his gang were hiding in secret societies to mess up the country.

He further castigated him for being the reason why the country's football giants Gor Mahia had fallen from their glory days and were struggling in terms of finances.