By KimaniOsoro (self media writer) | 1 year ago

Five suspects who had decided to rob Prime Bank, OTC Branch Hollywood style, were stopped by police last night. The five had rented rooms in an adjoining building next to the bank which they would use as cover to break into the bank. 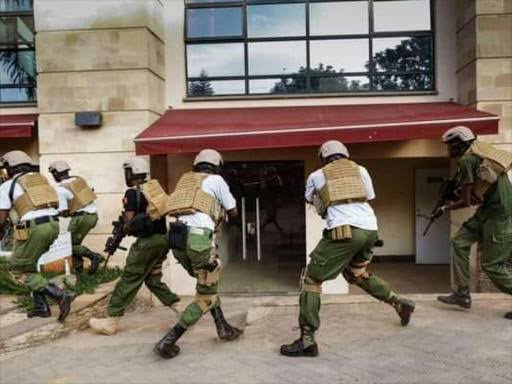 Armed with drills and other shoddy equipment, the five had planned to drill their way into the bank at the dead of the night. However, the police were alerted of their actions and they pounced on them before they could begin their movie-style robbery. 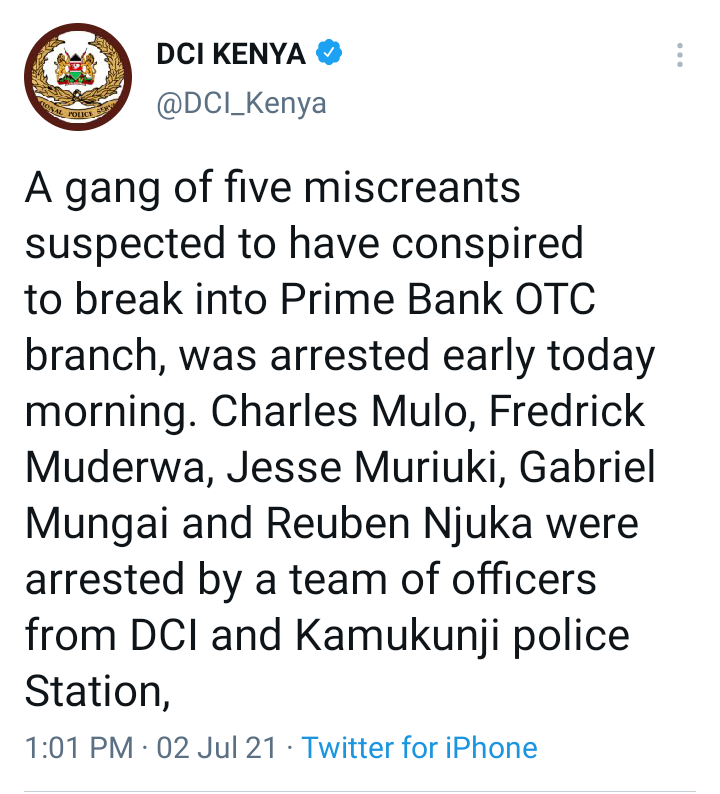 The Directorate of Criminal Investigations just released their names a few minutes ago and they are:

The two were taken in by the Kamukunji police who were on the seen before the robbery could progress any further. 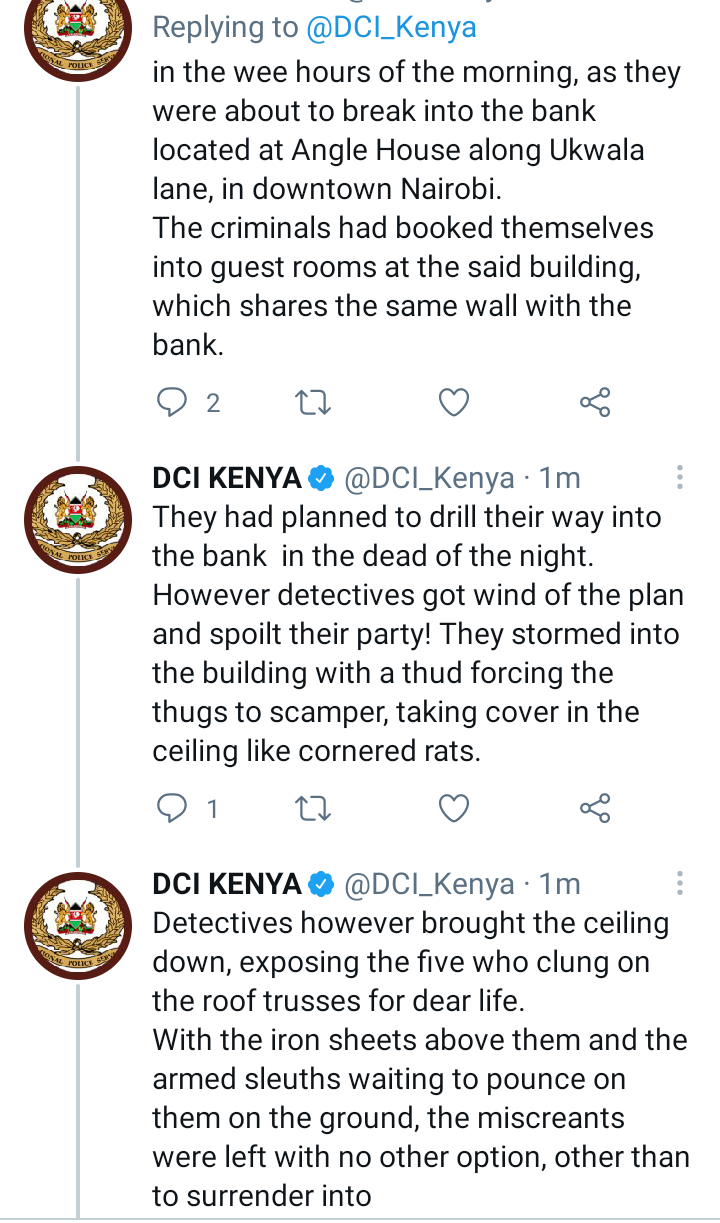 There was drama during the arrest when they tried to hide in the ceiling but the police brought the ceiling down. They were discovered hanging from the roof of the building for dear life. They surrendered themselves to the authorities who did them no harm.

Things About The Holy spirit You Probably Don't Know