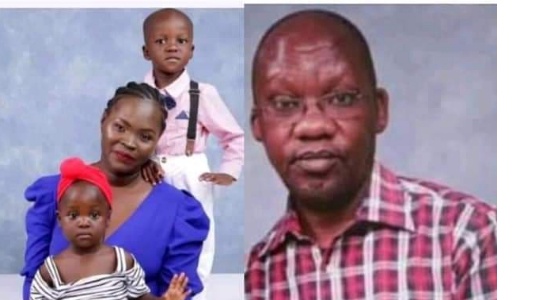 A Nakuru doctor accused of killing his two children by injected them with a chemical substance and attempting to commit suicide has died. Dr James Gakara died at Nakuru Level Five Hospital moments after his wife Winnie Odhiambo penned emotional message. Dr Gakara was admitted since Sunday 19 September after the shocking incident and had been receiving treatment at the hospital's Intensive Care Unit (ICU) under the watch of police officers.

His death comes after moments his wife Winnie Odhiambo, the mother of two babies who passed away penned an emotional message to the minors aged three and five years. The distraught mother of five-year-old Dylan Gakara, and Karuana Gakara, took to social media to mourn her children, suspected to have been killed using drugs. 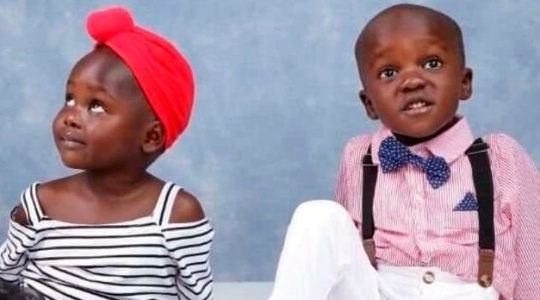 The grieving mother also accused her husband of the murders, lamenting that he betrayed her trust and hurt her only offspring. However , Odhiambo blamed herself for the loss, arguing that she was not around to shield the minors from the heinous crime.

"My heart is shattered; I failed to protect you my loves.The person you trusted the most betrayed you my darlings, I promise to fight for justice for you; Go well my sweethearts”, she wrote.

Here post on social media sparked mixied reactions with a section of Kenyans hitting back at her over the incident. 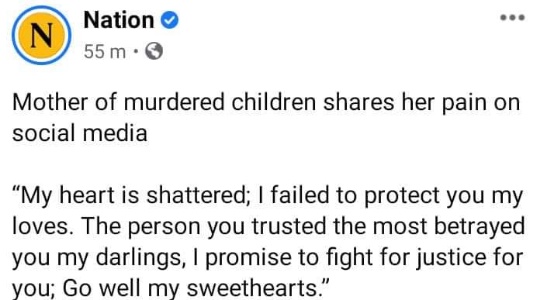 Neighbors alleged that Odhiambo had traveled to Nairobi to finalize her plans to travel to the US for further studies when the incident occurred. She had left the two babies in the hands of her doctor husband and their nanny.

On the day the murders happened, a friend of Ms Odhiambo said Dr Gakara had called his wife as he had lunch with the children. Their mother had left for Nairobi in the morning. 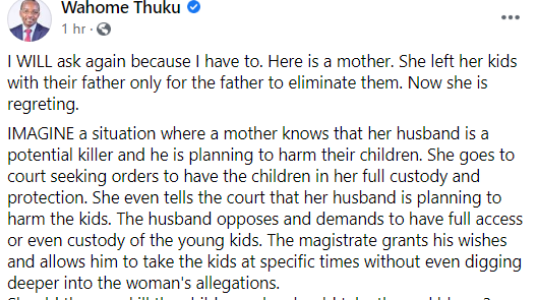 However , Dr Gakara was reported to have taken the house help and the babies out on Saturday afternoon, September 18, but returned with the babies only. The nanny was alleged to have been sent on a short leave.

Reports alleged that the couple had differed on Odhiambo's plans to relocate to the US. The bodies of the children and their unconscious father were on Saturday night found inside their apartment in Milimani, Nakuru. 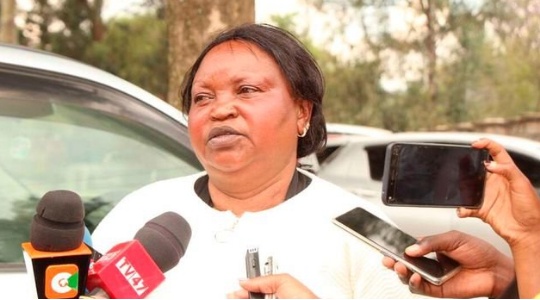 However, Gakara's family refuted the reports saying the allegations against the doctor were malicious. This was after an autopsy report conducted to ascertain the death of the two minors was declared inconclusive.

The family expressed doubt that Dr James Gakara took the lives of his children aged five and three. According to Gekara’s sister Mary Nyaguthii who addressed the media at Nakuru Level Five Hospital, the accounts given by those who visited the scene had many gaps in it.

Nakuru County Police Commander Beatrice Kiraguri who visited the scene of crime said the officers found items that they suspect the medic could have been used to administer to his children and himself either orally or through injection. Gekara’s friends also claimed that the couple had differed with his wife who is also a public health worker over her intentions to pursue further studies .

However, the doctor’s sister Nyaguthii refuted the claims saying Gakara greatly supported his wife’s plans to advance her education. 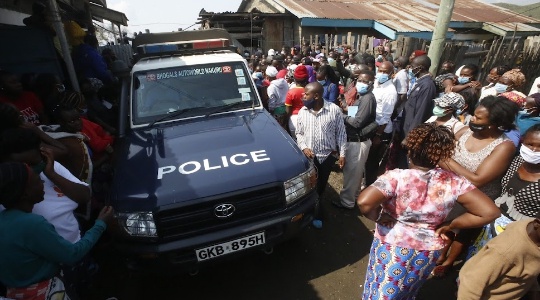 Preliminary Findings by DCI Over The Incident

Further, Nakuru West Directorate of Criminal Investigations Officer Stephen Ambani said it was suspicious that Gakara had sent the house help to his other house leaving him alone with the two children in the home. Gekara’s wife Winnie had returned from Nairobi on Sunday and rushed to hospital after she suffered shock over the shocking incident .

“I believe that the only person who can give answers on what happened is Gakara himself. He is still unconscious and in the intensive care unit (ICU). He is under police custody at the facility,” said Nyaguthii.

According to Gakara’s sister , there were other people at the home on the faithful day who should also be questioned . 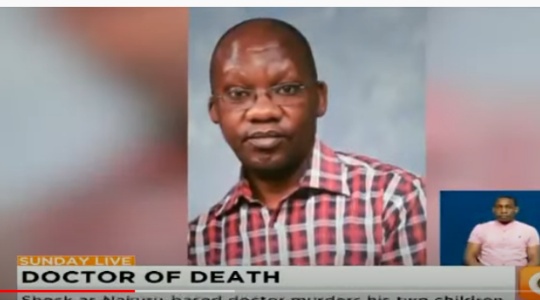 “We have some persons of interest who are yet to give an account of what happened. Dr Gakara was rarely alone with his children as it has been alleged. We hope that those yet to record statements will shed light on the matter,” she said.

The sister said that Gakara was a loving father figure in her family and jealously protected his children. Nyaguthii said that the doctor was at the best stage of his life and that he greatly lived his children. 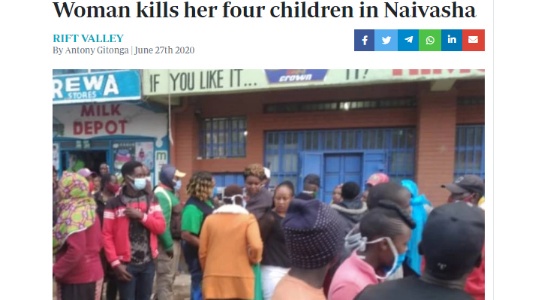 The incident adds to a long list of similar cases of parents killing their children in Nakuru on controversial circumstances . In June last year , a woman in Naivasha hit headlines when she killed her four children and later blamed ‘evil powers’ for her actions . The bodies of the four minors were found locked in their house near Naivasha High school before police were called in. According to the brother to the suspect Jackson Kimani, the sister who worked with an NGO in Naivasha was laid off before he committed the bizarre murders.

However, in 2018, another woman poisoned her four children, killed one before committing suicide. According to sources, the woman committed the crime over a marital dispute with her husband Richard Koech . She committed suicide by throwing herself into a river.