"He Can't Hurt A Fly", Wife To Man Who Butchered A Woman In Juja Says Revealing This About Him

Mrs Karani, the wife of the prime murder suspect who is reported to have killed Catherine Nyokabi several weeks ago has finally opened up about the ongoing debate after her husband who goes by the name of Evans Karani confessed to killing Catherine Nyokabi, a woman who he had been having a secret affair with. 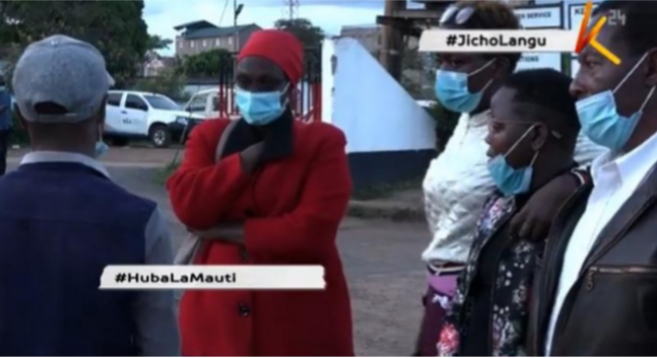 According to the reports given by the agents from the director of criminal investigations, they claimed that the suspect was given a chance to ask for a close friend or a lawyer who he would be comfortable talking to about the incident in order to determine whether or not he was remorseful.

However, the suspect shocked a couple of detectives from the director of criminal investigations because according to them, despite the fact that they gave him the chance to pick anyone else, he went ahead and asked the DCIs to bring his wife.

Complying with his wishes, a couple of officers were sent to the go and fetch his wife who sat and listened to the man's confession as he revealed how he had tricked the deceased woman into thinking that they were going to have a good time and so on and so forth.

However, according to the reports given by the detectives from the director of criminal investigations who were present during the man's Confession, they claimed that after listening to her husband, Mrs Karani claimed that her husband would never hurt a fly.

According to her, she claimed that she knew the man who is also the father of her kids and so due to this reason, she calmly told several agents that the suspect would never do such a thing. 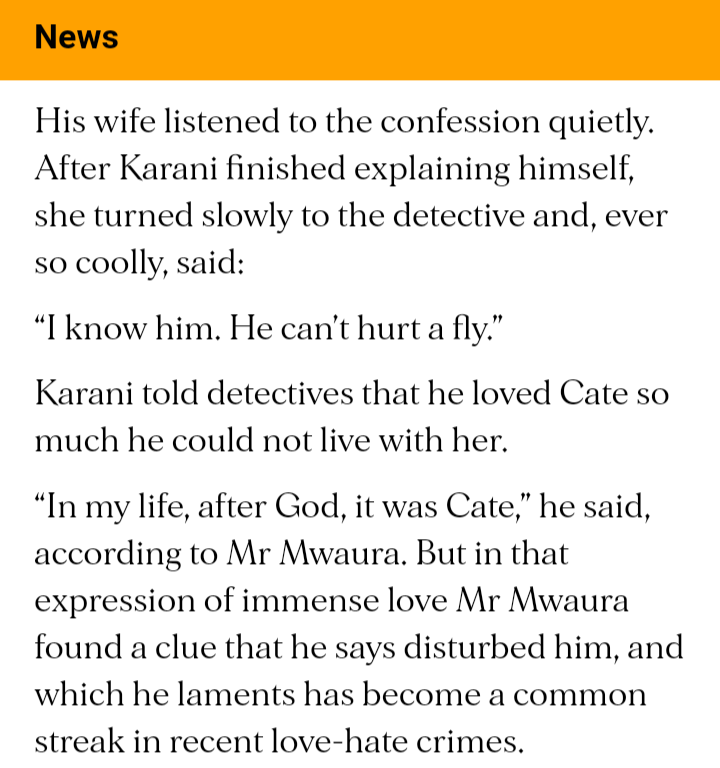 Her remarks has sparked alot of mixed reactions from Kenyans who seemed to have different opinions and suggestions on the matter. With a section of Kenyans claiming that maybe the man was innocent, others went ahead and claimed that maybe her love for him was hindering her from seeing the truth. 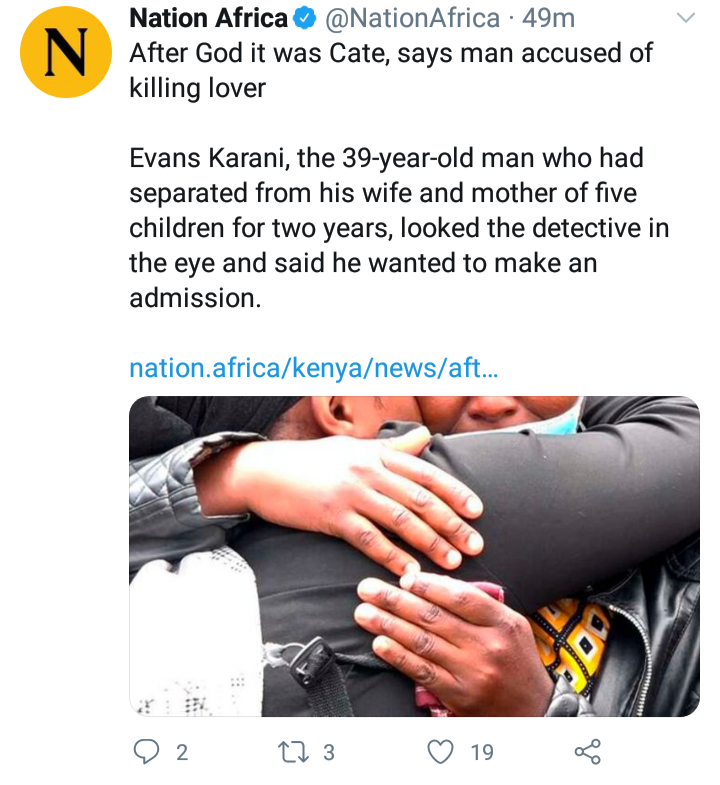