By allay (self media writer) | 6 months ago 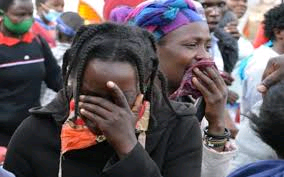 "A family in Enaibelbel, Narok North sub-county is mourning after two brothers, aged nine and 13, drowned in the Siyiapei River while herding goats." The statement read out.

Narok North Police boss Frederick Shiundu revealed that the duo met their deaths after one fell inside the river while chasing the goats and and the second one died while trying to pull him out. 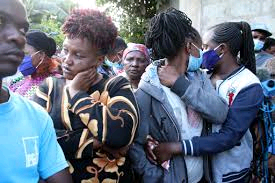 Police officers drawn from the Naroosura Police Station added that the juvenile was alongside his two elder brothers, aged two and three.

They were believed to have been following their mother to a nearby village, where went to buy milk. 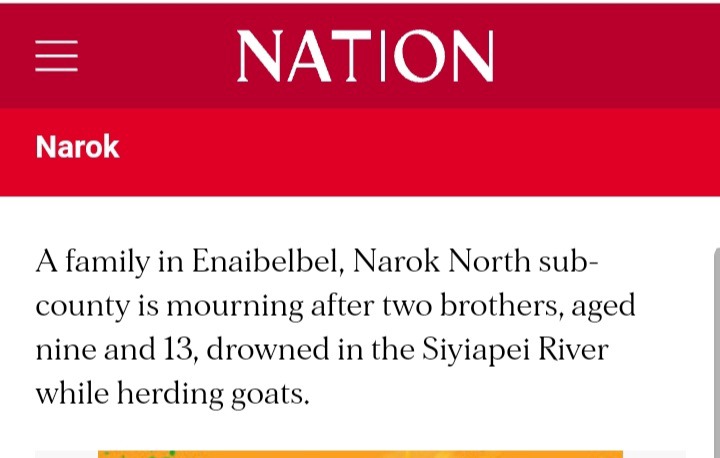 A trace for the victim ended tragically after the child’s body, which was rushed to the Narok County Referral Hospital morgue.

Police have launched investigations into the Thursday morning incident. 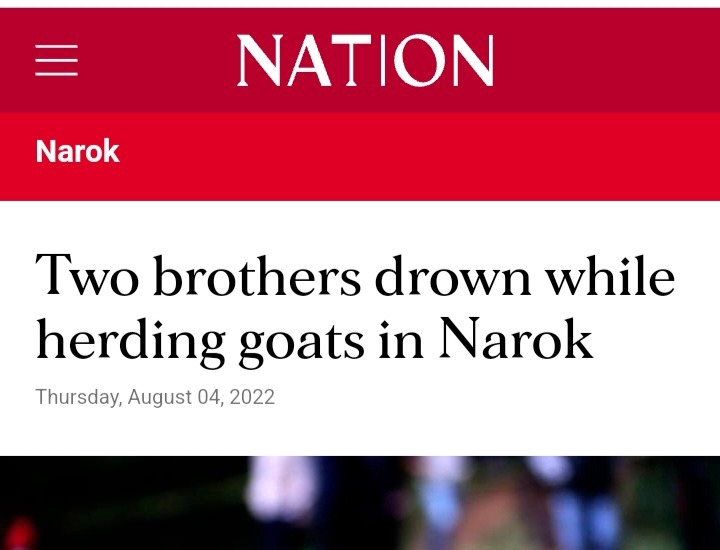