By Innohcharley (self meida writer) | 9 days 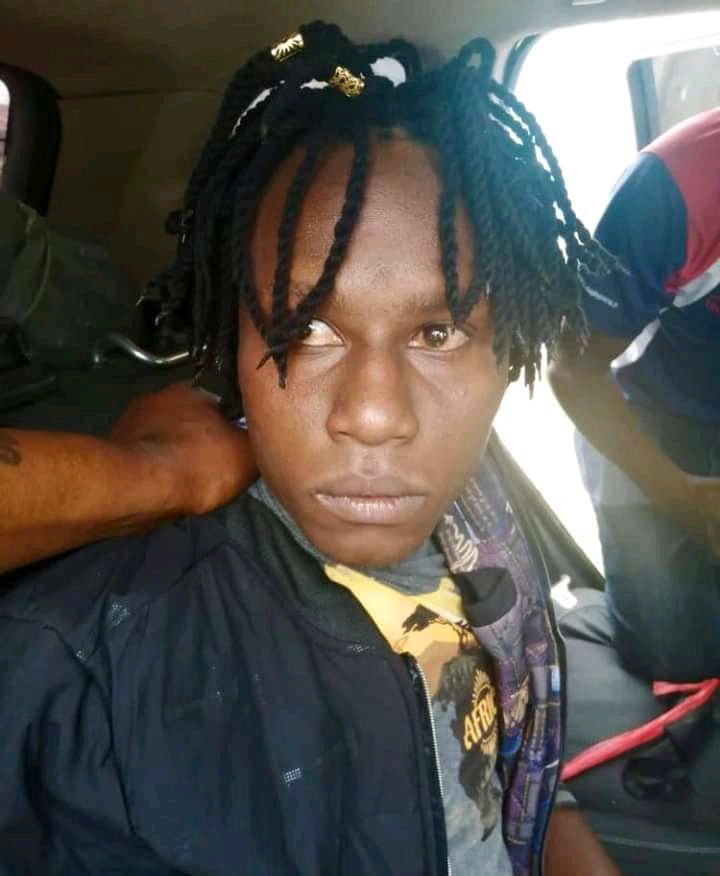 Today in the streets of Naivasha Town it was like a drama, when the detectives from DCI engaged in a steep chase with Charles king'ori whose nickname Delvin Mania, who is said to be the suspect of kidnapping a baby Liam Ngucwa Mwangi who is aged four years. 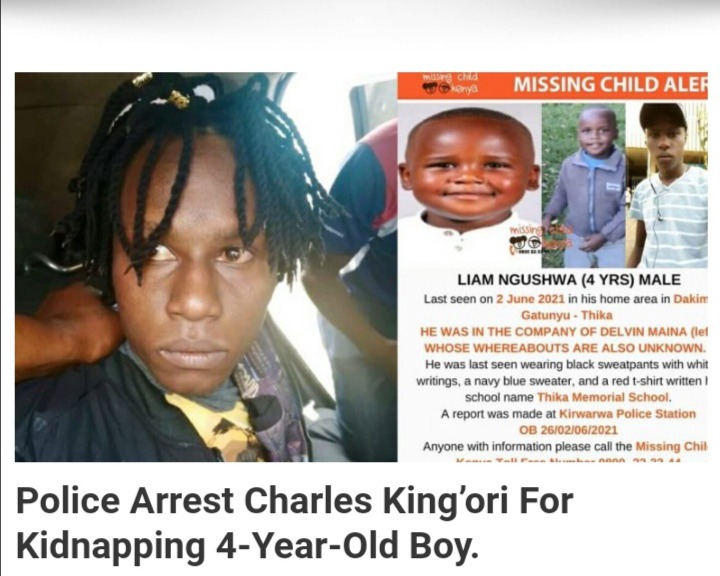 Charles king'ori who is the main suspect, he was arrested fews hours after he had tried to escape, though is efforts fall on deaf ears as he did not manage to escape.He was trying to escape from the house that he had held liam Mwangi a few minutes before the arrival of detectives. The suspects who is said that he was a houseboy of Liams' grandparents, he had gone to saloon where he had changed his hair style to hide the identity.

This comes after, baby Liam Ngucwa Mwangi went missing on June 2,2021 in murang'a after where his parents shared this on facebook page, reporting to have Lost their own son. Later they reported to the police station when an investigation was opened, Where today they managed to arrest the suspect in home of Naivasha.

The parents and relatives have congratulated the detectives after their effort was fruitful.Now Charles king'ori has been detained as he awaits court hearing to be held who is claimed to be the houseboy of liams' grandparents.This should be a warning to anyone who might have the same habit since police have many ways to catch a thief or anyone going against the la

Content created and supplied by: Innohcharley (via Opera News )

Meet Family From Kisii That Is Reaping Huge From Selling Managu In US, See How They Started

Woman Detained In A Hospital In Ruai Over Failure To Pay Her Maternity Bill.