A family in Kitui is currently mourning after their kin reportedly ingested acid last night. According to reliable sources, the middle aged man who was identified as King Willie by his friends swallowed concentrated acid after a small confrontation with his girlfriend. 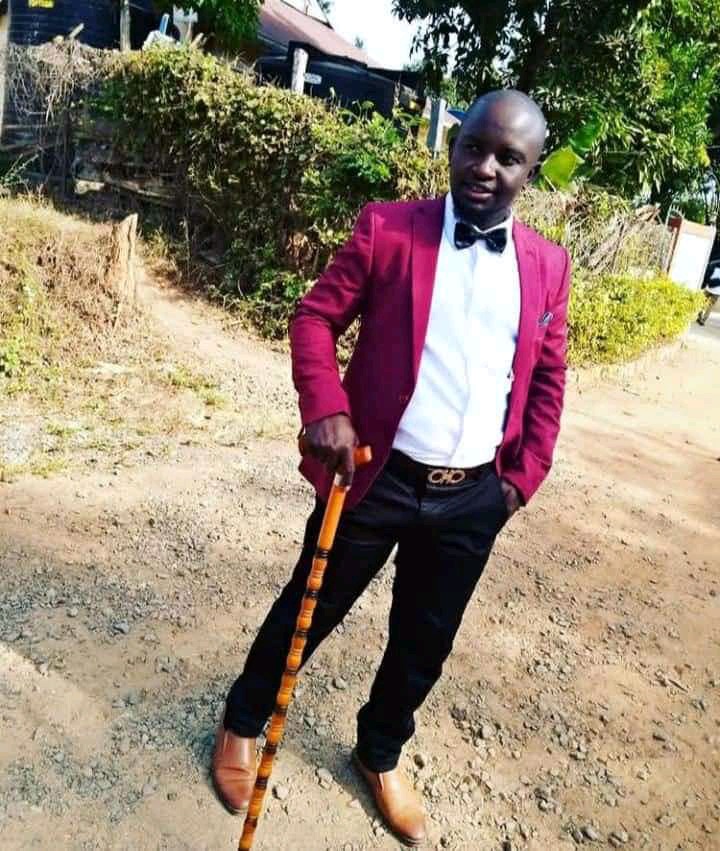 His friends say that they were together in a local club a few days ago where they shared good times together and he didn't show any sign of trouble bothering him. His friends revealed that they were shocked to hear such news since he had not told them that he was having a misunderstanding with his girlfriend. 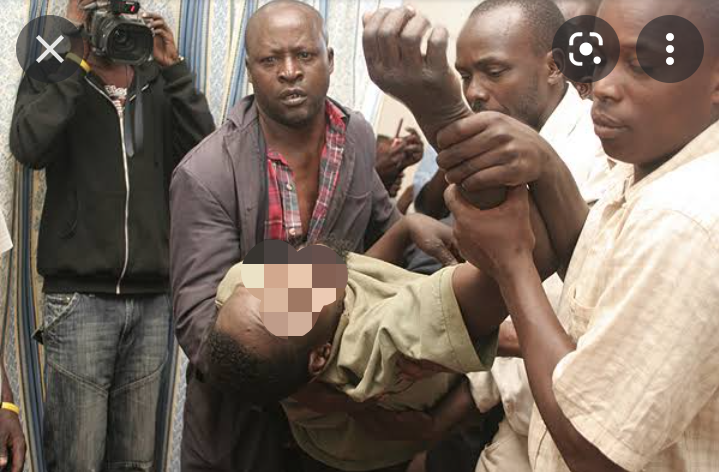 The reports of his death was posted by his friends on social media before it caught the attention of other people. The man reportedly died on the spot as efforts to save his life were futile since the acid had affected her very badly. His body was taken to the mortuary as authorities start their investigations to reveal the real cause of his death. 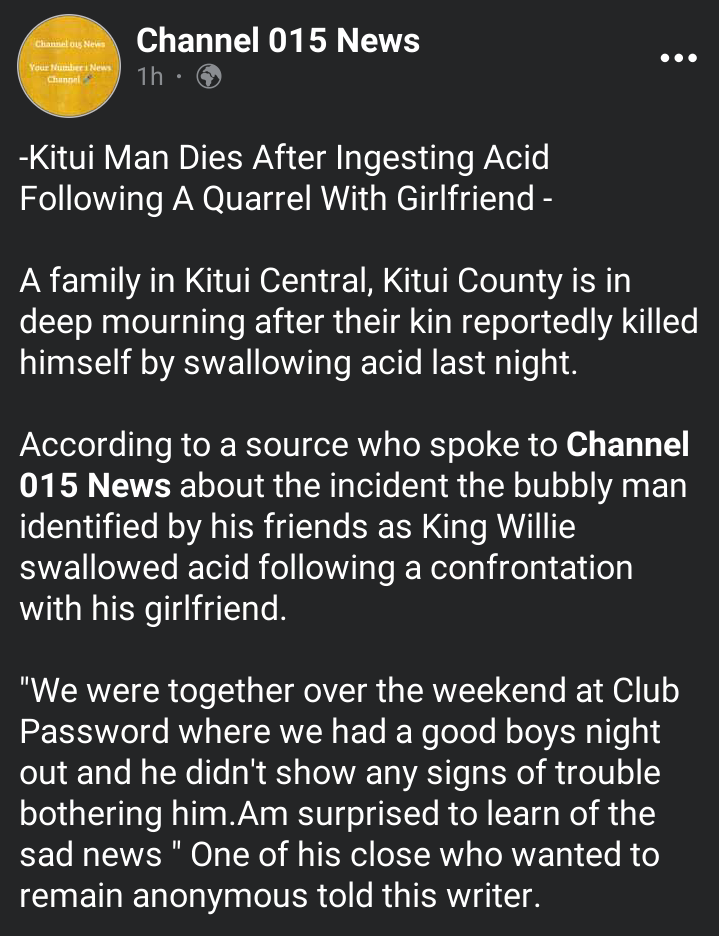 This incident comes at a time when several cases of suicide are being reported in some parts of the country. Most of these cases are all connected to marital conflicts, suspicion over infidelity, love triangle, depression and strees.