A True Legend, Look At How This Old Man Saved More Than 160 People From Committing Suicide

By Glydrokor (self meida writer) | 28 days

It is so difficult and painful to imagine what led a friend, family member or a celebrity to commit suicide. Often, many factors combine leading a person to making a decision of taking their own lives.

While there are many factors that can influence a person's decision to commit suicide, the most common according to researchers is severe depression. Depression can make one feel great emotional pain and loss of hope,making them unable to see another way to relieve the pain other than taking their own lives.

The story of an Australian man named Don Ritchie who has saved more than 160 people from committing suicide has left many talking. Don Ritchie who lives in the most famous suicide spot in Australia known as the 'gap' did this by striking up a conversation with them and inviting them to his house for a cup of tea.

"An Australian man named Don Ritchie liv d across the street from the most famous suicide spot in Australia known as the 'gap'. He live there for almost 50 years and during that time he saved at least 160 people from committing suicide by striking up a conversation and inviting them to his house for a cup of tea." 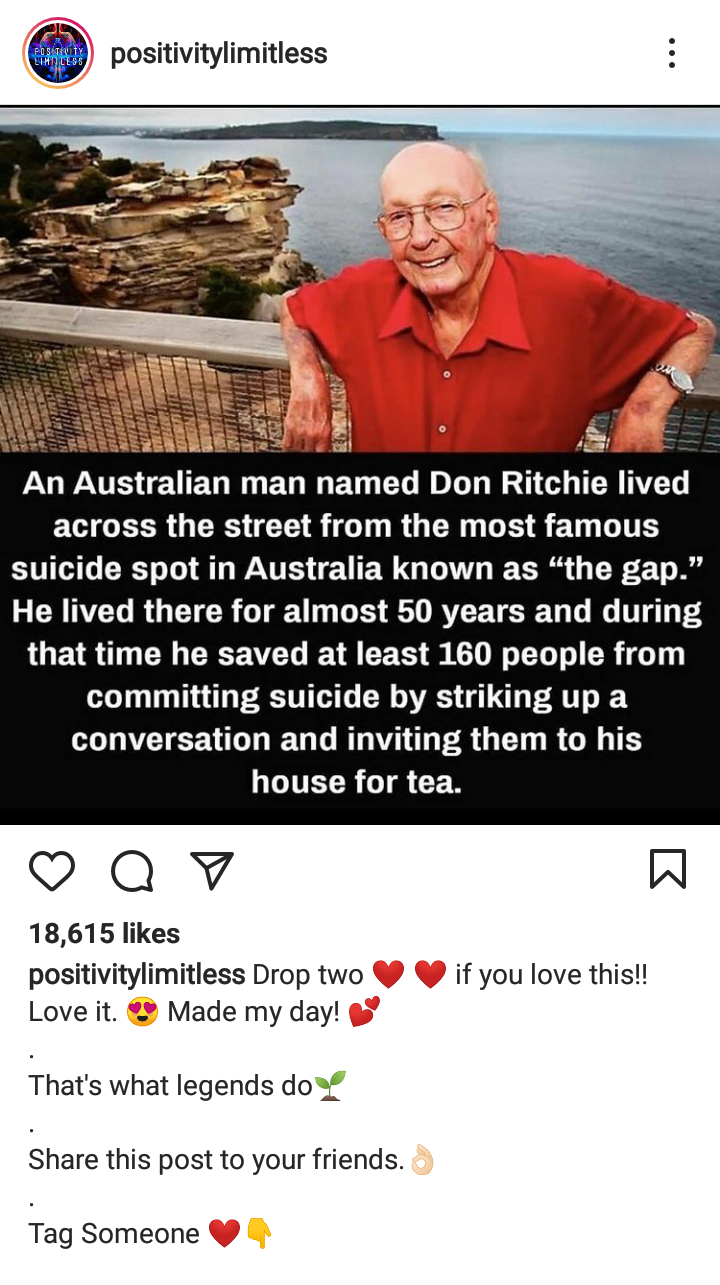 Content created and supplied by: Glydrokor (via Opera News )

Police Officers Arrest 22 Years Old Man Who Was Caught Licking A Dead Body In The Mortuary.

"I was not surprised to learn my status" Meet pretty HIV positive lady not afraid of stigma.

Sorrow In Kolanya Girls National School In Busia County As One Form One Student Dies Of Malaria.