A credible tip claims that the late Obegi, who was found dead with three other guys, was connected to the Utawala man who was allegedly shot 36 times.

According to a news report released by the directorate of criminal investigations, a man named Kevin Otieno was shot and killed in broad daylight by masked men who obstructed his car and opened fire.

An article from the Nation Media claims to have unearthed evidence connecting the suspect to the death of a prominent Jubilee Aspirant who was discovered in a bush. 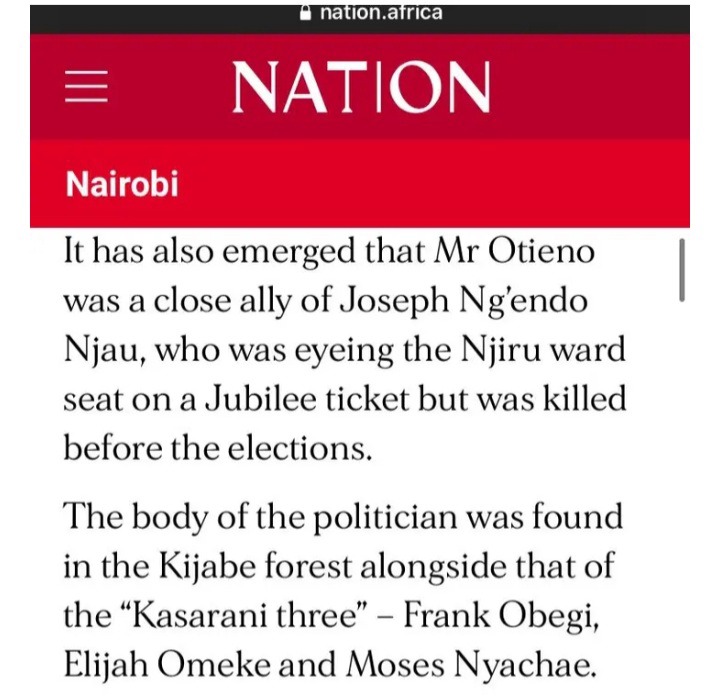 When asked about it, one of the investigators working under the director of criminal investigations disclosed that the suspects were linked.

Many Kenyans have taken to social media to voice their outrage at the recent killings, with many appealing to the inspector general of police and the director of criminal investigations to help identify the perpetrators. 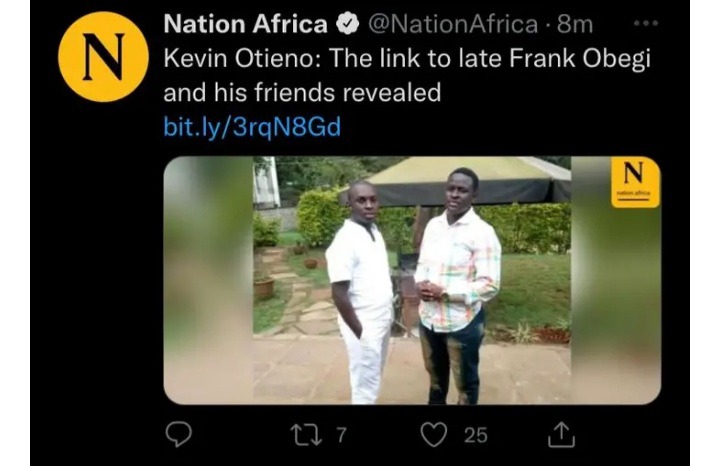 Most Kenyans quoted in the media expressed disappointment that the government had not yet located the criminals, despite the fact that those responsible had already killed numerous people across the country.

All Eyes On Ruto As Raila Makes a Big Announcement