Last week on Thursday, the three inmates who had escaped from Kamiti Maximum Prison were re arrested. They were re arrested at the border of Tana River and Kitui county. The arrest came after a group of youth from Kitui tipped off the police about the criminals' presence. This came after the DCI boss, George Kinoti, had promised 60 million to anyone who was to help police find the criminals. 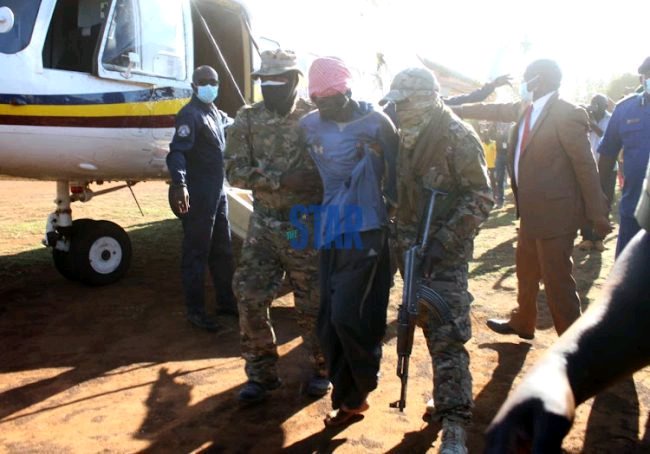 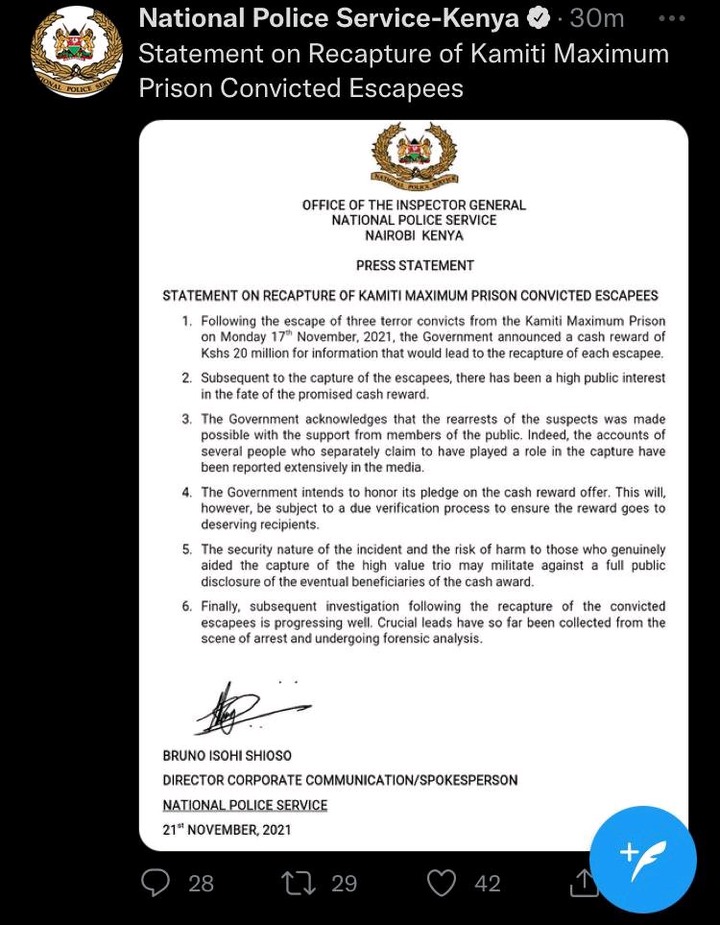 Releasing a press statement on the same, the NPS has revealed that they have or rather know that the suspects were captured due to the help that was provided by a group of Kenyans who notified the police.However, the NPS has also made it clear that they’re taking their time in order to find out who alerted the police first adding that the money was going to get to its rightful owner but in a private form in order to ensure that the winner of the reward is protected .

"Police Will do Their Work as Per The Law in August Elections, " Matiang'i Tells Uhuru