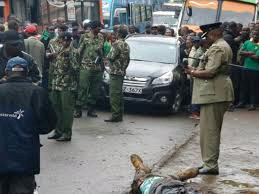 Police oficers in Nairobi County have shot dead a suspected criminal in Kayole estate during a sting operation.

The officers are still hunting for two other criminals who doged the police dragnet.

Kayole Sub-county Police commander Paul Wambugu who confirmed the incident said a homemade firearm, rounds of ammunition and other crude weapons used by the suspected criminals were recovered.

Wambugu added following a tip-off from the members of the public, the officers were able to identify the dangerous areas where the suspected criminal conducts their activities. The areas included Nguruwe in Kayole, Mihang’o, Obama estate near Kayole junction and Soweto. 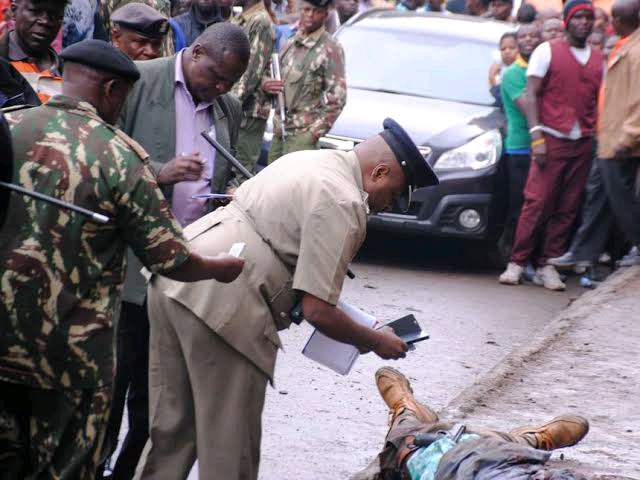 Wambugu said that suspects have been targeting and robbing members of the public during the wee hours of morning while heading to work and late evening when coming back.

Also the residents from Kamwega in Shinyalu ward Kakamega County also underwent such a bizarre incident on Sunday after a middle-aged man just exhumed the body of his daughter arguing she was not properly buried.

Efforts by the locals to prevent the 52-year-old Aggrey Siema from exhuming the remains of his 14-year-old daughter proved futile. 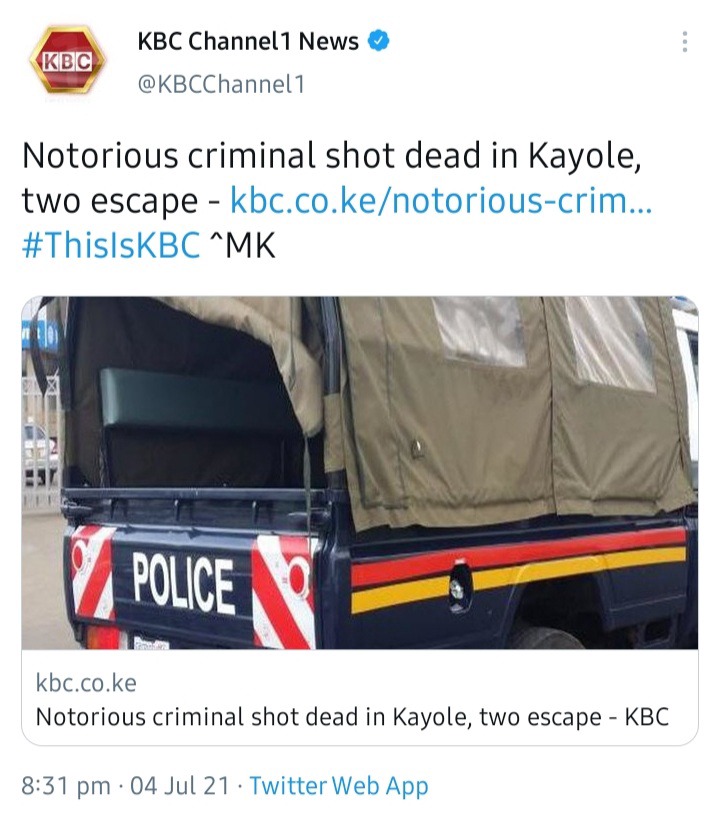 The man is said to have turned violent and threatened to kill anyone preventing him from exhuming his daughters remains. Fortunately, security officers apprehended him and he was later freed.