By KenyanOutsider (self media writer) | 10 months ago

A woman met her untimely death on Friday morning after she reportedly tried to intervene in a fight between her two sons. The woman was trying to solve issue between the two men who were having a domestic row before she was killed. 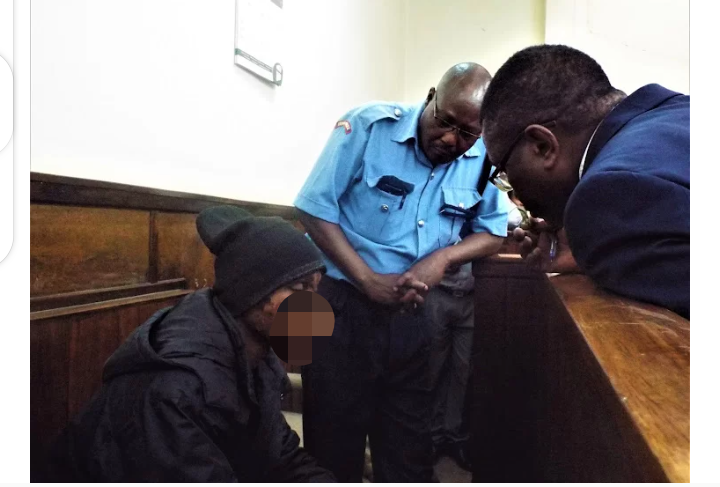 The incident was reported in Kamuga/ Komolo in North Kabwoch Location in Dhiwa Sub-county, Homa Bay County. While confirming the incident, the area Chief Samuel Awino said that the deceased who has been identified as Pamela Anyango was trying to separate the fight between Eric Ouma and his young brother who were fighting over an oxen for ploughing.

Awino says that the two were arguing on who owns the oxen before the fight ensued. In the process of separating the two men, the woman was stabbed very badly by Ouma who left her to die and returned to sleep. 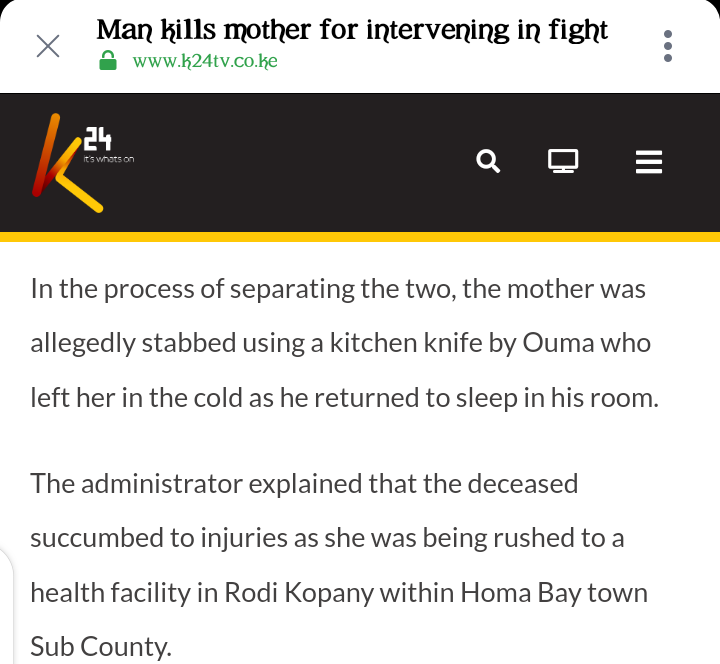 The chief claims that the woman died while she was being rushed to the hospital due to excessive bleeding and injuries. The suspect who sustained injuries during the fight is currently receiving treatment at Dhiwa Sub-county Hospital under tight security as he awaits trial. The deceased was taken to Manyatta funeral home for postmortem.