By Elizabeth09 (self media writer) | 2 months ago 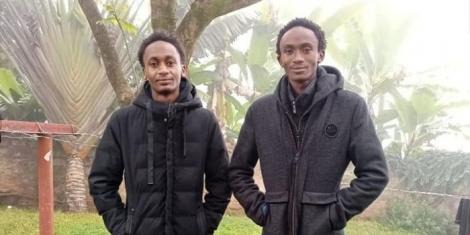 The two brothers who met their untimely deaths while in the custody of the police were Benson Njiru, 22 and Emmanuel Mutura,19 years respectively. An autopsy revealed that the two died as a result of multiple injuries which could have resulted from blunt force trauma.

According to the police officers who worked at the Manyatta Police Station, a single witness who was seated in the back seat of the Lab Cruiser saw the brothers jumping out. The puzzle is how a single witness was the only person who supposedly saw Njiru and Mutura jumping out of the vehicle, yet initial reports have it that there were ten people in the same Land Cruiser. 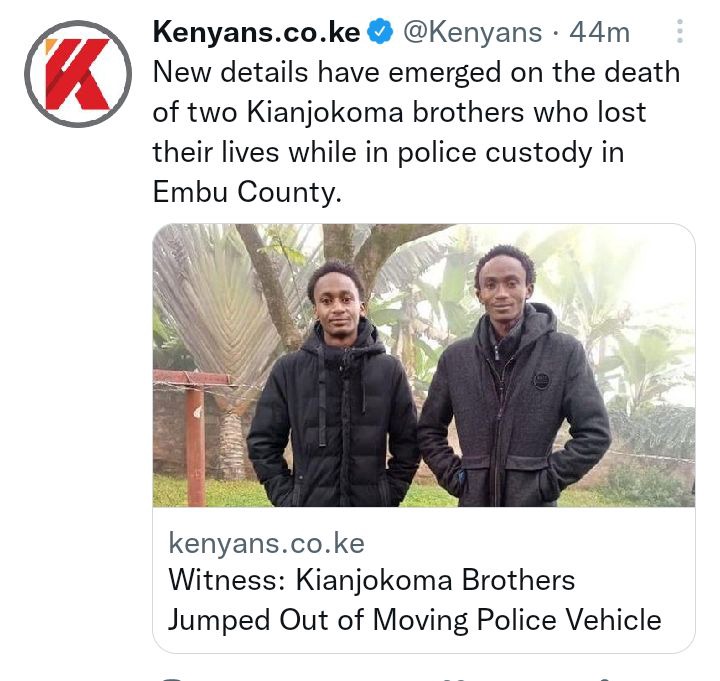 Court documents reveal that three of the officers sat at the back of vehicle with several suspects who had been arrested. Another evidence is the sketch of the sitting arrangement in the police Land Cruiser carrying Emmanuel and Benson and eight other detainees.

The lawyer of the six police suspects, Danstan Omari, pleaded with the court to grant them lenient bail terms, arguing that they cannot interfer with investigations. He further told the court that Independent Policing Oversight Authority (IPOA) had completed it's probe into the matter as he asked the court to grant his clients bail.

They accused DPP Noordin Haji and IPOA of yielding to public pressure and resolving to charge them with murder and ignored material evidence. Omari also argued that the DPP ignored some segments of the Constitution that grant for an inquest when a person dies in police custody. The court stated that the bail application will be heard on September 22nd 2021. 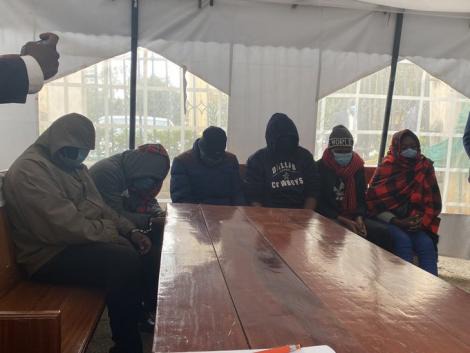