Complications! Meet The 'Late' Robert Gichuru,"Legend" Whose Eulogy Has Been The Talk Of Town 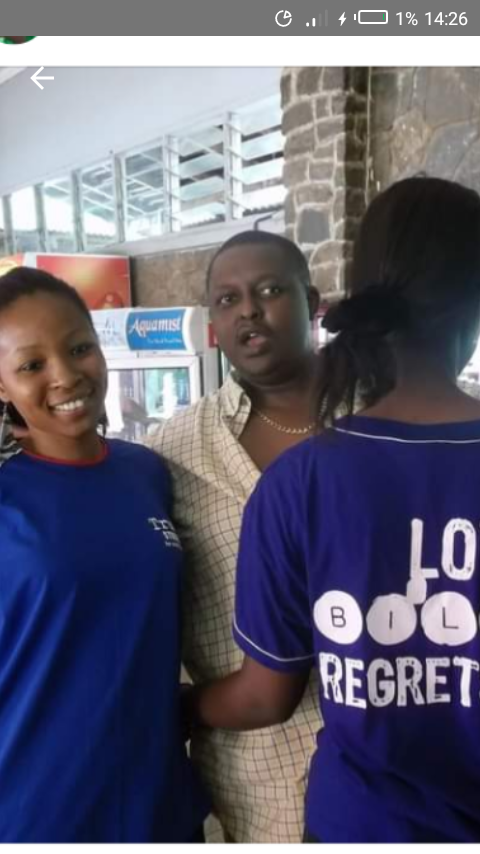 The family of Robert Gichuru is mourning the death of their kin who died on 19th of April 2021. Learning of Roberts death from the obituary on newspaper, the cause of death is not revealed hence remains a secret to the family.

What caught the attention of Kenyans was how complicated his eulogy read. A section of Kenyans concluded that the eulogy was written by a female because women are known for complicating things. The Marriage section caused an uproar after it was stated that the late was married to one wife but was a dedicated partner to two other women.

"He was the husband to Stella Mbuthia and dedicated partner to Susan Mukami and Olive Githongo" written in the orbituary. Below is how the "Marriage part of Robert's Eulogy

Kenyans have suggested that instead of writing all these irrelevant details, the family could simply have written the late had three wives. 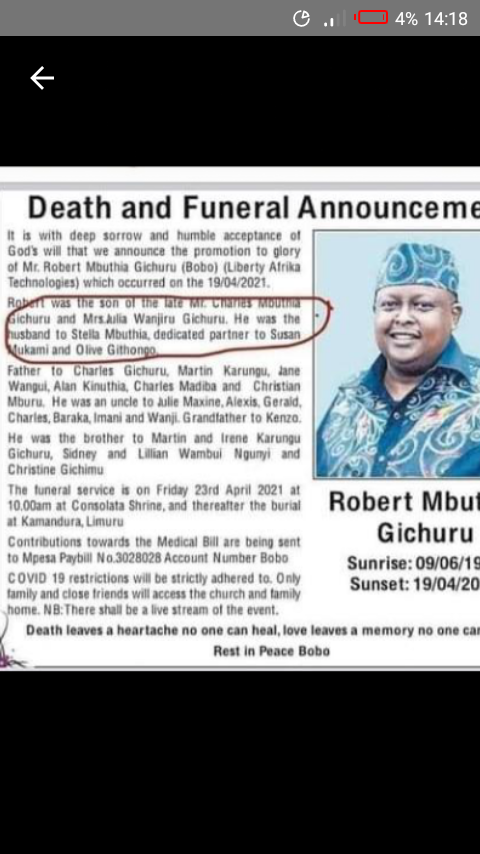 Content created and supplied by: dooh (via Opera News )