By KimaniOsoro (self meida writer) | 1 months

Yesterday evening, reports came in that a prison warden stationed at Kangeta Prisons in Meru County had vacated his post to go look for his girlfriend in Thika. It was alleged that the said police officer had left with his issued G3 Rifle that had about 20 rounds of ammunition. 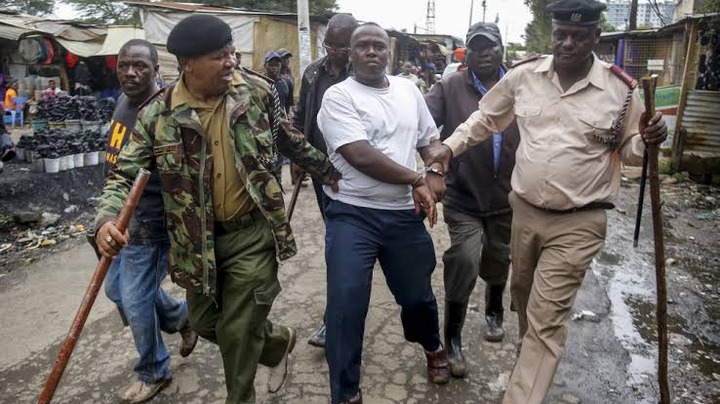 The police officer, was heard saying that he is headed to Thika to kill his girlfriend. His excuse was that the girlfriend had allegedly swindled him of 900,000 shillings he had acquired ad a loan.

Today, a report from Thika Police Station under OB No. 55/25/08/2021, the officer has been apprehended. Officers from Kangeta Police Station had been dispatched to get the police officer before he could do any harm with the rifle.

The suspect was apprehended around 1700Hrs while in a hideout in Kisii Estate in Thika. It's reported that the officer was at his girlfriend's place waiting for her when police arrested him.

The girlfriend is a student at Mount Kenya University Main Campus in Thika Town. The girlfriend was not hurt during the incident earlier today.

The police officer, identified as Edwin Omuse was taken to custody, pending collection by officers from Igembe South. The G3 Rifle was recovered together with the 20 rounds of ammunition. 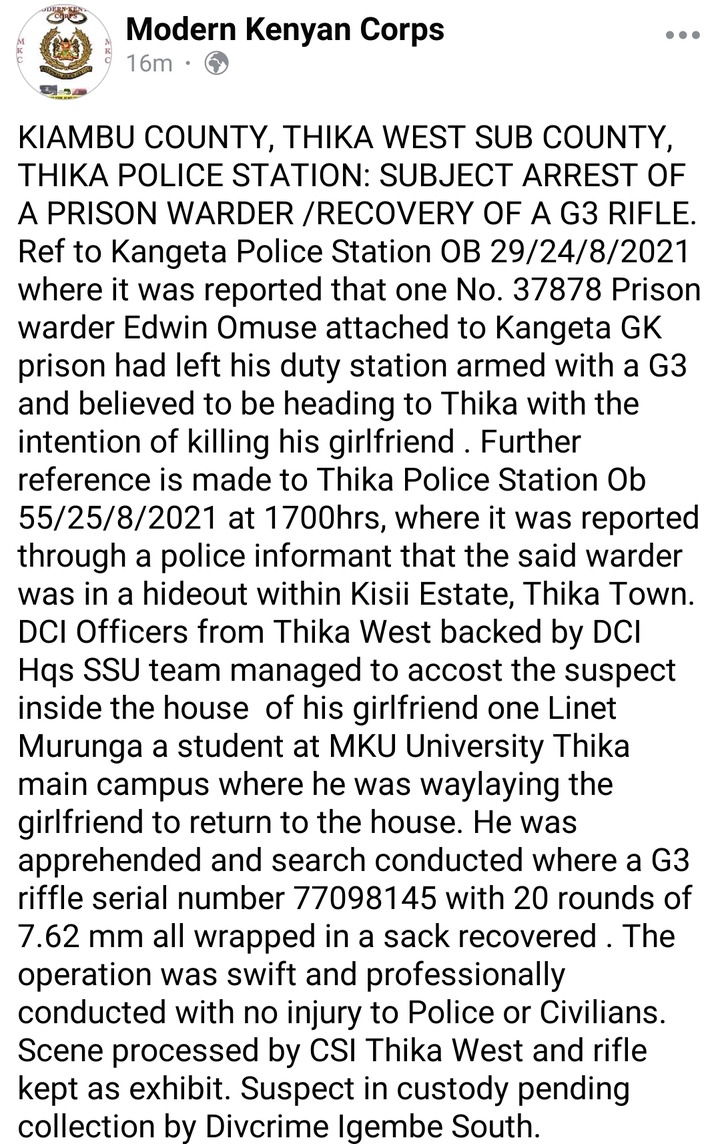