50 students from Ofafa Jericho have allegedly been rushed to the hospital following a deadly fire incident that happened today in the evening. 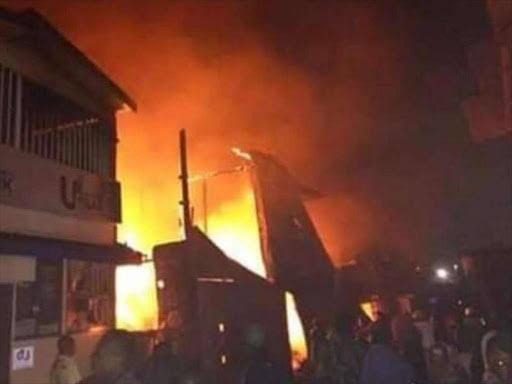 In a report that has been shared by a reliable source of information, it has been revealed that the alleged fire break out started today in the evening while most of the students were allegedly sleeping in their dormitories.

Unconfirmed reports which have been given by one of the teachers from the school revealed that they were sleeping before a number of students started screaming.

This was followed by a dramatic scene after all the students woke up and immediately got out of their dormitories following a fire alert that they received from one of the school captains.

A number of students who were allegedly left in their dormitories were rescued by a number of police officers along with the fire fighting department who rushed to the scene of the accident after the incident.

According to the reports given by the school management, they revealed that over 50 students were allegedly rushed to the hospital where they are currently receiving medical treatment after inhaling Alot of CO2 gas while trying to escape from the inferno.

"The fire started today in the evening while we were sleeping and in as much as we would like to give you all the reports, we can't. However, we can confirm that a number of our students have been rushed to the hospital where they are currently receiving medical treatment whereas several others have been given a place to sleep in for the night", One teacher said.

The incident has since sparked Alot of mixed reactions from kenyans who seemed to have been confused on why there was an increasing number of school fires thus calling upon the director of criminal investigations to launch an investigation. 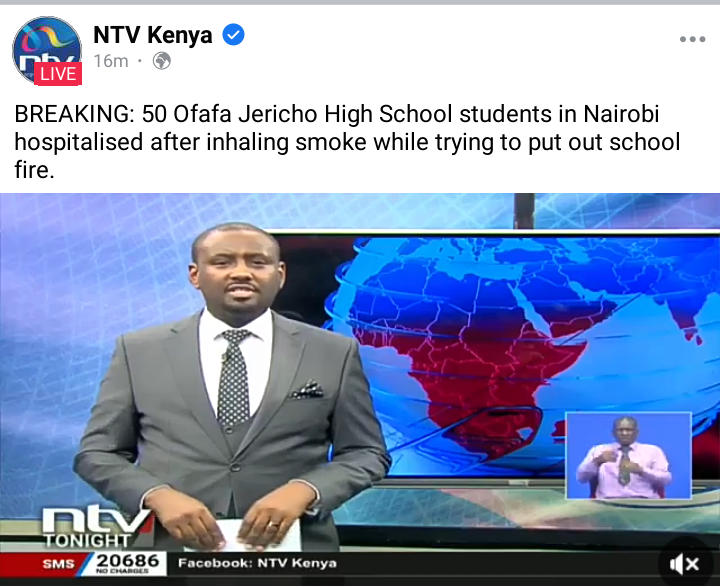