By Cpatterson (self media writer) | 3 months ago 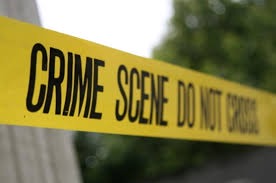 A middle aged woman has died after throwing herself into the river Athi at Kabaa bridge.

The woman is said to have alighted from a matatu before committing suicide.

The incident was confirmed by Yatta sub county police commander Mary Njoki who said that onlookers who witnessed the incident hurriedly jumped to save her where she was rushed to Kithimani level three hospital.

On arrival, the woman who was not identified immediately was declared dead.

The motive or reason why she decided to end her life is not known.

Her body was moved to Mbaku funeral home for preservation awaiting autopsy and burial arrangement.

People traveling from Machakos to Kithimani saw the woman jump into the river and went in to save her," said the police boss.

"Police arrived at the scene and rushed her to Kithimani level three hospital for treatment but on arrival she was declared dead, "she added.

She said that investigations into the incident have begun.

Why, In Defiance of Tradition, Was The Late Kenyan Hero Buried While Seated in a Special Coffin?