Sad, Man Shot Dead While Trying To Scale A Wall

By Carenjeptoo (self meida writer) | 13 days 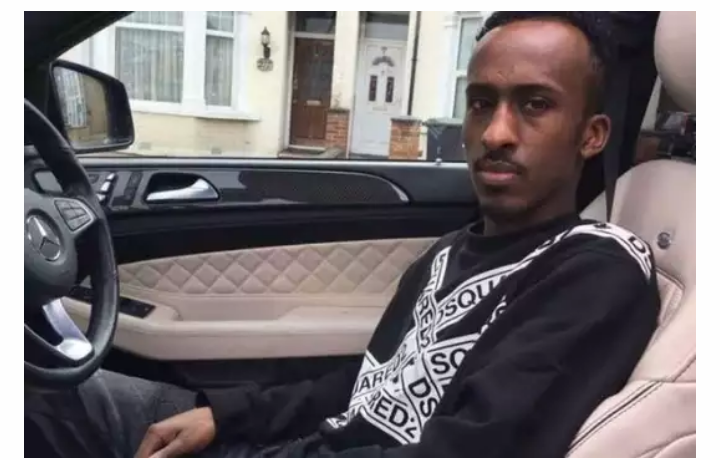 A man was shot in the head as he climbed a to flee a gunman, a court has heard. Abdullahi Mahamoud, 29, was waiting for food inside Bagel Brotherz in Enfield when a hooded man entered and started shooting on March 19 last year. He fled out the back of the fast- food restaurant and was scaling over a wall when he was shot by a man armed with a 9mm Marakov self- loading pistol.

Alleged gunman Khallid Hogan, 20, is on trial at the Old Bailey after being charged with his murder. Hogan is also accused of perverting the course of justice with Alexander Weekes, 20, who is alleged to have helped to set up a false alibi about the incident.

With his jacket hood up, he had roamed " briskly and with purpose" from the car towards Bagel Brotherz holding a loaded gun, the court heard.

Mr Evans said: " As soon as he got inside, he started shooting. He fired his gun four times towards the area where Mr Mahamoud and a set of the other men were sitting. " By luck all four shots missed. " The owner of the restaurant fled and opened the rear exit guiding into a large yard with a solid wall, jurors heard.

The victim and three of the other men followed " desperately attempting to get away" , the prosecutor said Mr Evans added: " With the gunman in pursuit, Mr Mahamoud started to scale the concrete wall.

As he did so, the gunman started shooting again, firing at least one more shot. " A bullet passed through the victim' s arm and into his forehead as he went over the wall, Mr Evans said. " Somehow Mr Mahamoud managed to climb a second concrete wall bordering the first wall which led onto a patio at the back of a barber' s shop, " he added.

" Although he scaled over the second wall he fell directly to the floor below, where he lay motionless. " The gunman raised himself to " look over" the first wall and pointed his gun at the fleeing men but did not fire again, the prosecutor said.

He then retraced his steps, and evacuated through the front door of Bagel Brotherz, the court heard. Jurors learned that a fired pellet was recovered from the victim' s cap, having broken out through the back of his head.

Mr Mahamoud was carried to Royal London Hospital where he succumbed to death later that day. Mr Evans told jurors that Mr Mahamoud was the victim of an " organised shooting" . He told jurors: " He was the planned target. It was not a spontaneous shooting. Somehow, news as to his whereabouts was passed to the gunman and his driver. " Before the shooting, one of Hogan' s phones was used to calling his close friend Weekes, who was in Northampton where he was studying at university, it was claimed.

The call stayed active for 56 minutes, encircling the time of the killing, with Hogan allegedly leaving the handset with someone else to create a " false alibi" , jurors heard. The defendants, both from Enfield, have denied the charges against them. The trial continues.

Kabando Sends a Stern Message To These Leaders After Revealing This, Leaving Parents In Celebration

Another Headache For Jubilee Ahead As IEBC Makes An Announcement