By Bubblez (self meida writer) | 9 days 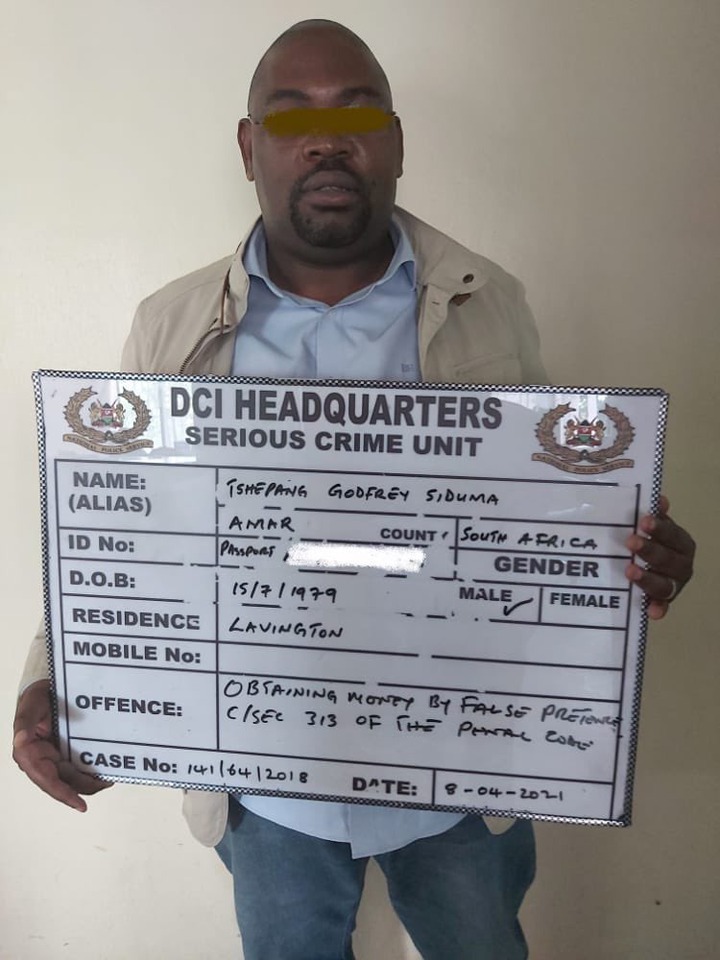 A South African national, was today charged with conspiracy to defraud and obtain money by false pretenses.

Tshepang Godfrey Siduma, who was arrested at the Jomo Kenyatta International Airport as he prepared to flee the country, had obtained $97,500 from an Austrian, Kamal Nashwan, on the pretext that he would sell him 40kilograms of gold.

Tshepang in the company of two others, had earlier been arrested at Deed Company LTD. along Gatanga Road, but he absconded court prompting a warrant of arrest to be issued against him.

The past few months detectives have arrested some non kenyans who were highly involved is some worrying scams.

A majority were either Nigerians while a number were also from the famously south African nation. 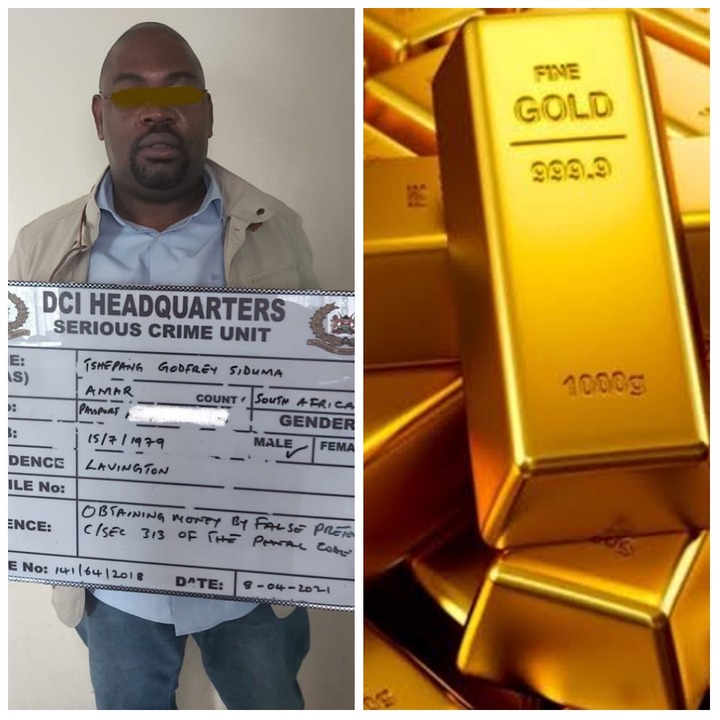 The said men and women come to the country mainly as men of God or tourists who later start practicing their bad vices in the country.

However, detectives have made some major breakthrough by arresting and also charging these fraudsters who have invaded the country.

Kenyans should now learn and known of these goons who befriend many only to later extort money from them. 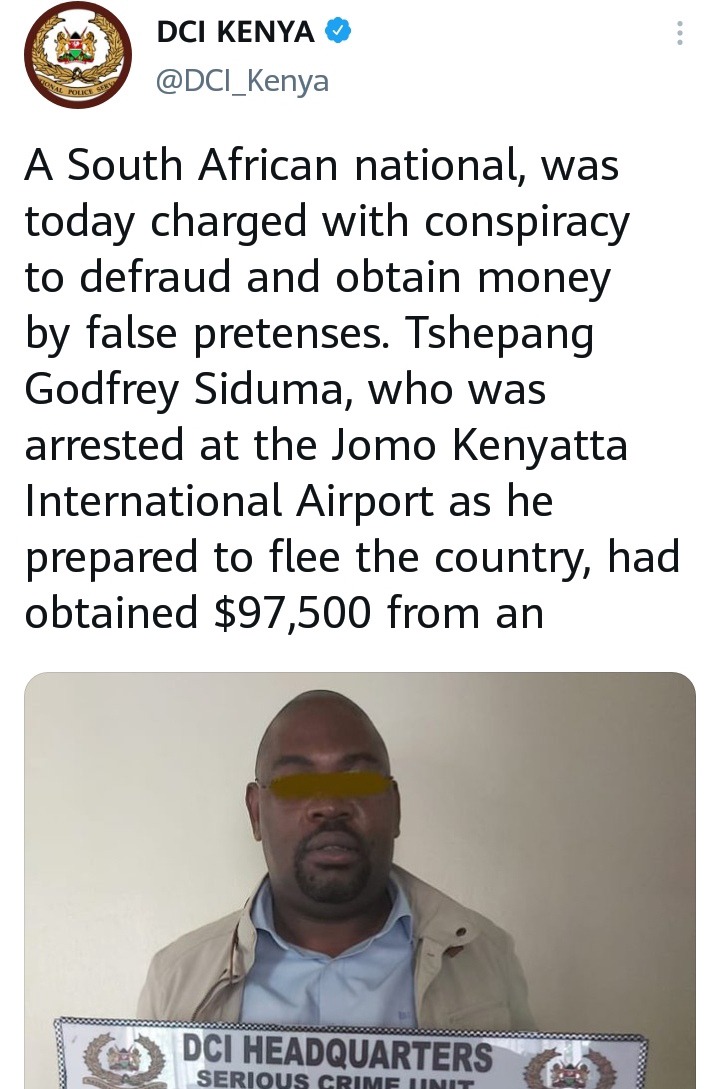 What You Need For a Strong, Successful and a Profitable Hardware Store Business