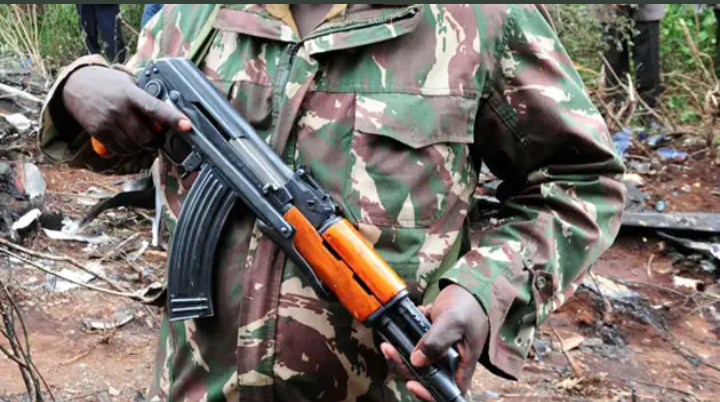 Cases of homicide have been on the increase in various parts of the country partly blamed on mental health issues others blamed on COVID-19 economic effects.

Police officers are considered to be at increased risk for suicide, and such self-aggression may be extended to others.

Taking the life of someone has become too easy and too common. Should police officers be subjected to pyschological evaluations on a regular basis to check their state of minds? These evaluations should be carried out before the person is given a job with a gun.

According to reports by reliable sources, it is alleged that six people have been confirmed dead after a police officer attached to Kabete Police Station opened fire indiscriminately at them.

Confirming the incident, area OCPD Francis Wahome stated the officer opened fire at the wee hours of the night before heading home and killing his wife.

By the time of going to press, details as to why the officer went on rampage were not yet revealed as detectives from the crime unit moved in to gather evidence and unravel the mystery.

According to a traffic officer attached to the same station, the bodies of the six are currently being moved to the morgue. 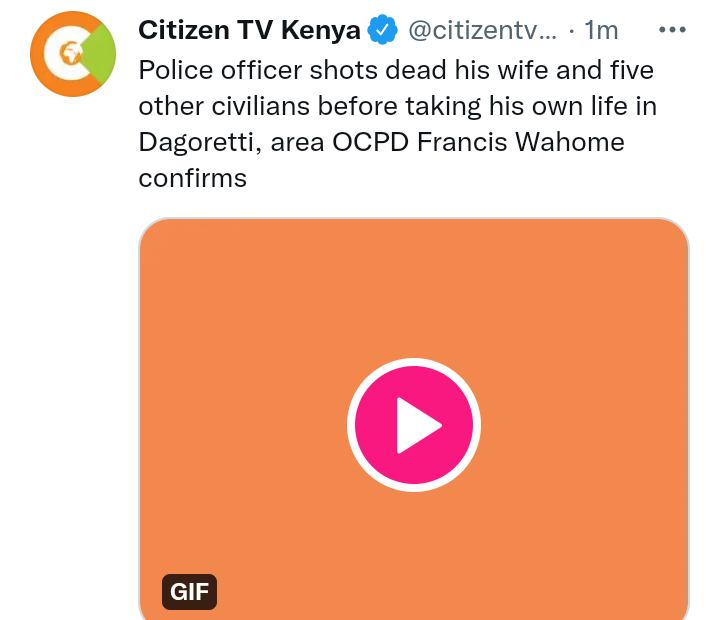