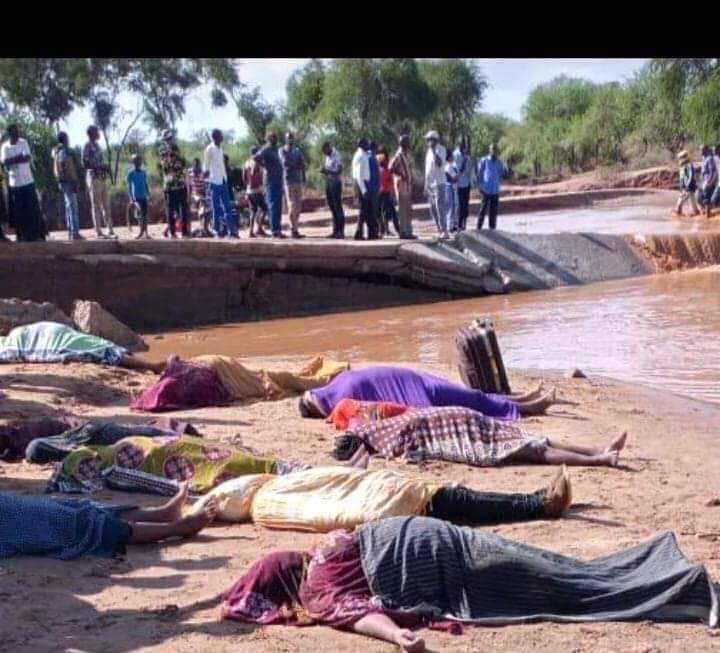 It was reported that the bus was ferrying church choir members to a wedding in Mwingi when the tragic incident hit them.

Witnesses say 14 people were saved from the sinking bus.

As at now Kenya Defence Forces officers hve joined the rescue operation that was led by local divers.

The bus, which was attempting to cross a flooded bridge, was overwhelmed by the water waves and toppled over with the occupants on board. 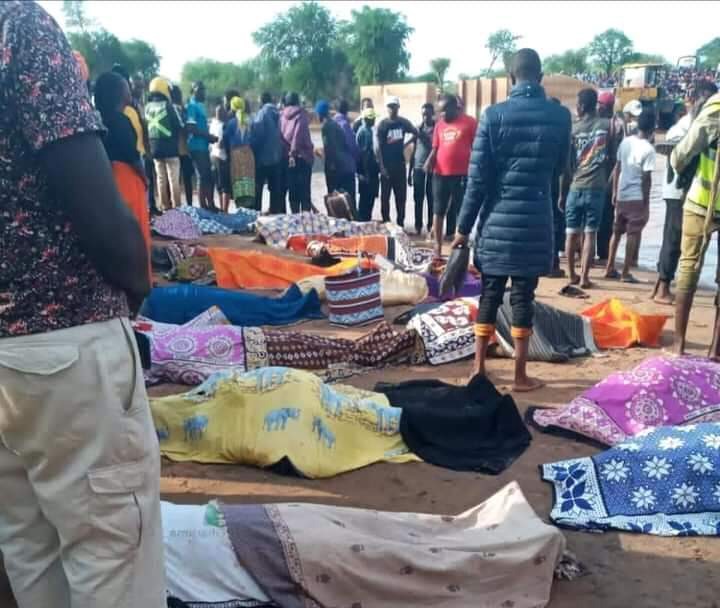 The St. Joseph Seminary School bus in Mwingi is reported to have been travelling from Mwingi town to Nuu carrying church choir members to a wedding ceremony when the incident happened.

Mwingi East OCPD Joseph Yakan confirmed the incident saying that the school bus had almost 50 members on board before the unfortunate incident. 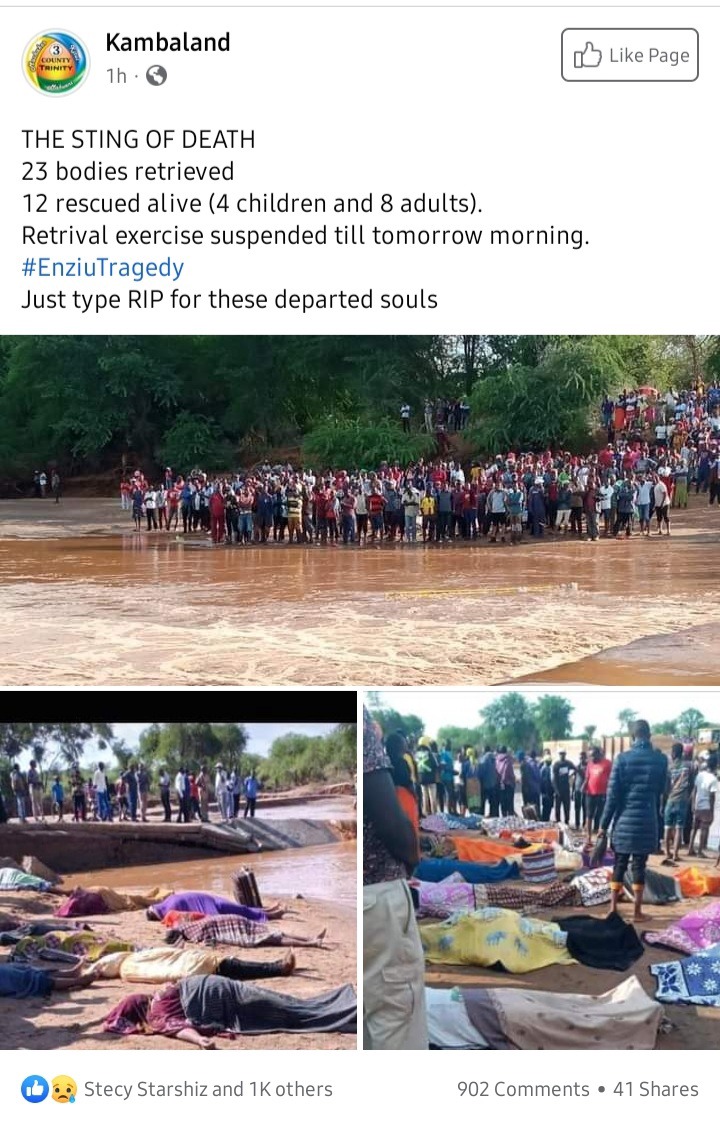 Kitui County deputy governor Nzau who also confirmed the incident said that the driver of the bus was unfamiliar with the route, and tried to move the bus on an overtopped bridge, which had a rugged edge. 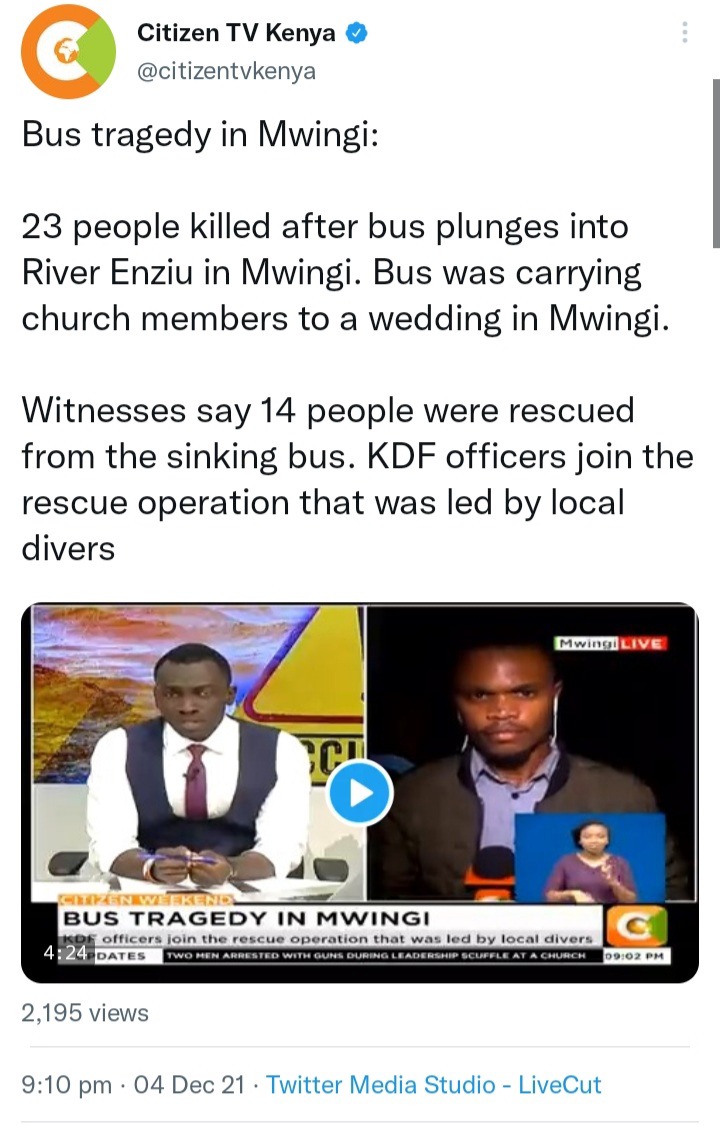 An Expectant woman spends over 40K on food to feed her eight Children.