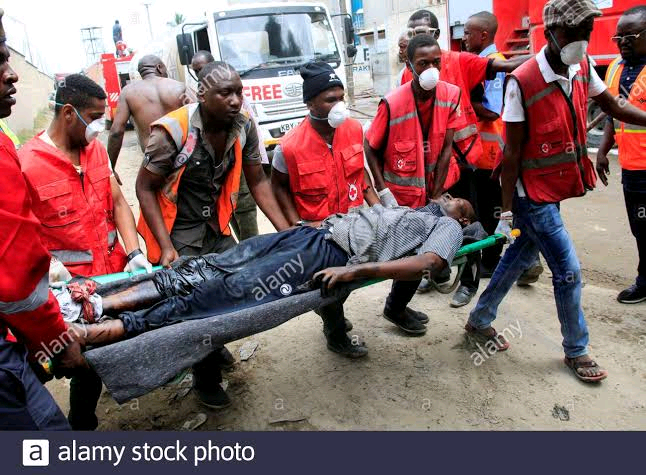 James Chomba, 38, was going back home at about 11:30pm when was blocked by two armed assailants outside Rongera apartments in Kinoo, Kiambu County.

The criminals told him to stop down but Chomba declined before he escaped to the nearby estates. It is reported that one of the suspects shoot in the air and shot him.The bullet entered through the left side of his chest and exited on the right.

It is said that Chomba rushed to his house surviving other shots by a luck. 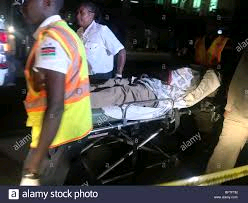 As the armed suspects tried to flee, the local administrator who was tipped-off about the attack hurriedly notified police officers attached to Kikuyu Police Station, who toured the scene.

He was moved to M.P Shah hospital for emergency treatment. Several tests conducted on him by the medics, it was found that Chomba never sustained serious injuries since the bullet had not affected any minor organs. 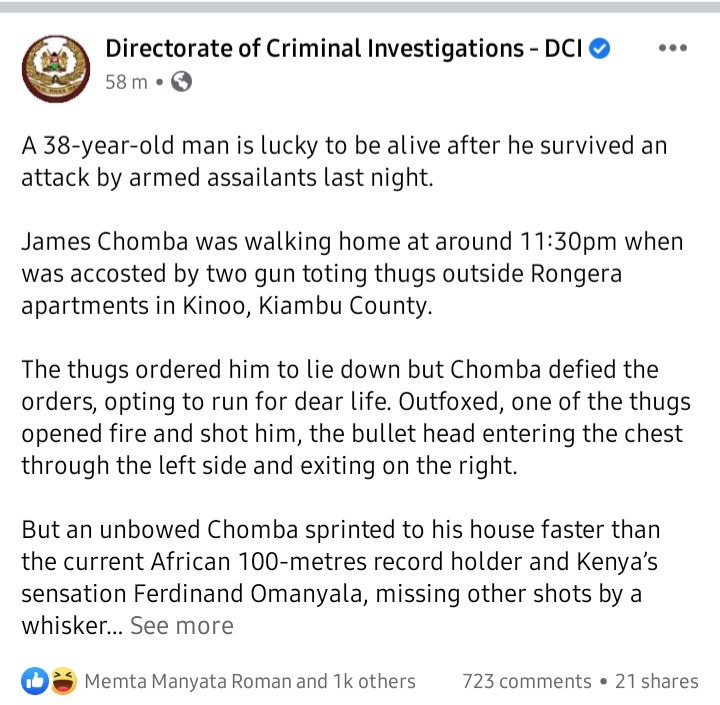 The department advised members of the public to desist from such criminal activities.

Malawi President Lazarus Chakwera To Be The Chief Guest At The Mashujaa Day Celebration's.

How To Treat Jiggers At Home