RIP: Tycoon Who Shot Woman After Thinking She Was Killer Cop Caroline Kangogo Has Died

A millionaire man who went viral after shooting a woman he mistook to be a killer cop Caroline Kanggo has died, family confirms. 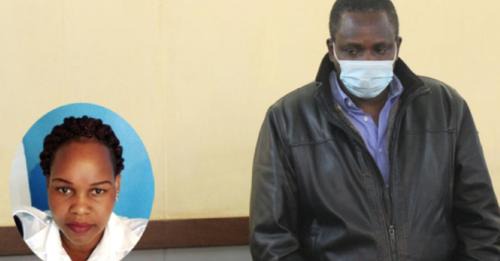 The body of Kennedy Muyundohis was found in his bedroom in Kiminini home, Trans Nzoia County, after his mothers and the workers were forced to break his door that was locked from inside.

According to media reports, the man was supposed to go with his workers to catering duties on Tuesday morning, but when they went to wake him up, he was not responding.

His mother, Mrs Florence Muyundo, 74, told Nation that the workers told her that he was not picking calls not responding to door knocking, which forced them to break the door, only for them to be welcome with a lifeless body.

"They went to wake him up since they were supposed to go for an outside catering job but found the doors locked from the inside and assumed that he was still asleep. Time went by up to later in the day but still had not woken up," the mother said, adding that her son was on medication after his health deteriorated after the shooting incident. 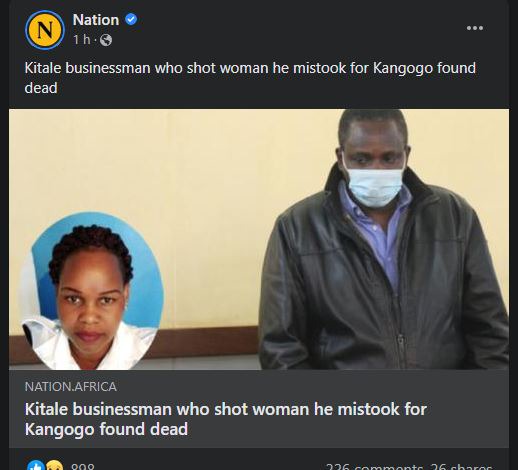 Police are yet to determine the cause of his death.

A few months ago, the deceased made headlines after shooting a woman he allegedly thought was fugitive policewoman Caroline Kangogo.

He was arrested and presented before the Kitale Law Courts where he was released on Sh200,000 cash bail after he denied charges of attempted murder.