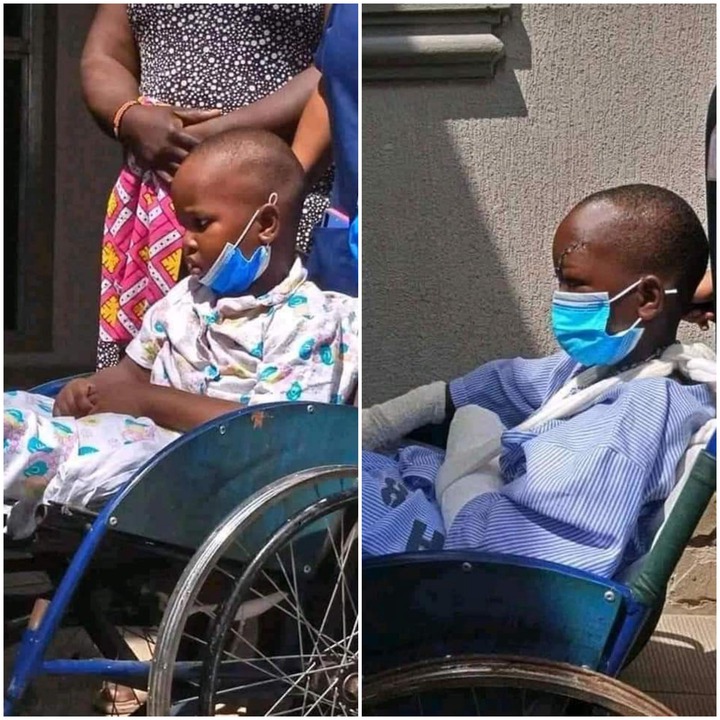 The two sons of Ronald Bundi, an engineer who died in a road crash on Christmas day with his wife and three daughters, are stuck in a hospital.

The 11 and 3-year-old respectively were released from the facility where they had been receiving treatment and had nowhere to go after their uncle locked Bundi’s premises.

Bundi, his sweetheart Veronica together with their three daughters lost their lives on December 25, 2021 accident at Mackinnon area along Mombasa road and were laid to rest in Kisii County on Friday, January 7, 2021. 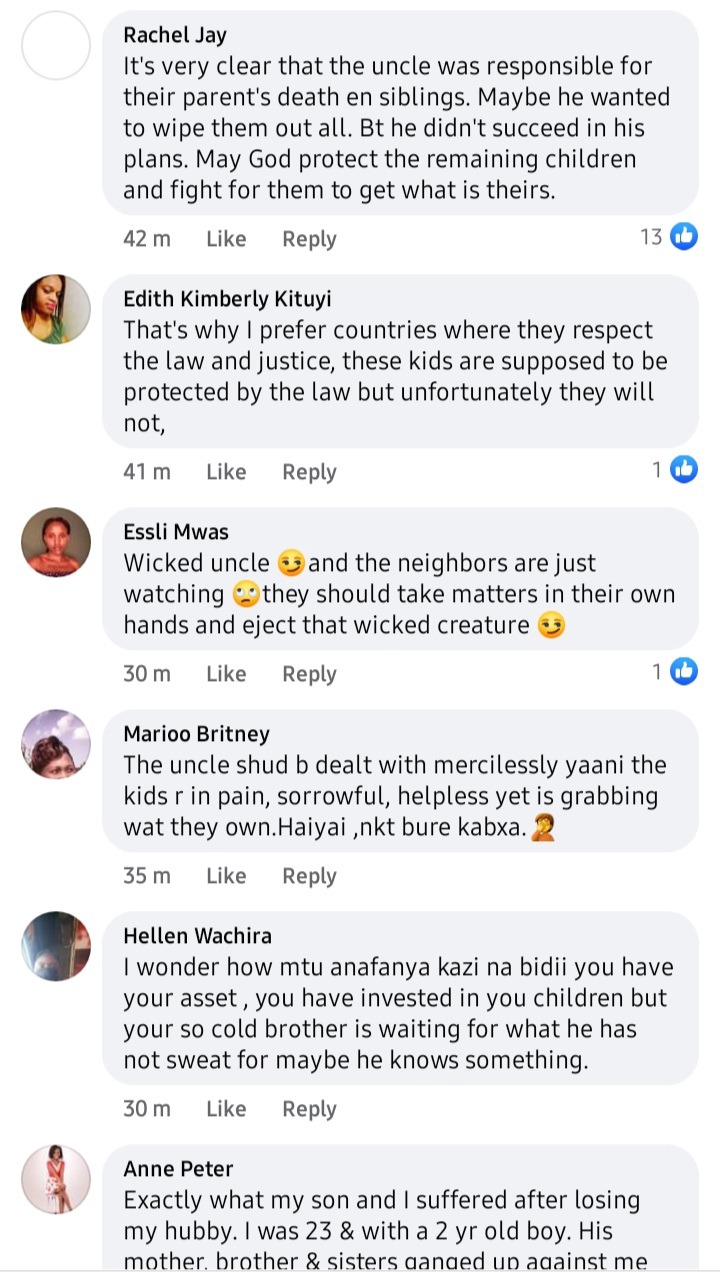 Brief reports revealed that Bundi’s two sons were receiving treatment at Makadara Hospital in Mombasa were released but were stranded despite their uncle inheriting their dad's house.

Their maternal aunt Harriet Gesare who spoke to the press revealed that the door was closed by their father.

According to Veronica’s sister Rose Kemunto, Bundi’s family members now wants Bundi’s sons to live with one of their uncles.

She further blamed Bundi’s brother Dennis Nyangweno of neglecting the two sons and instead fighting for material wealth. 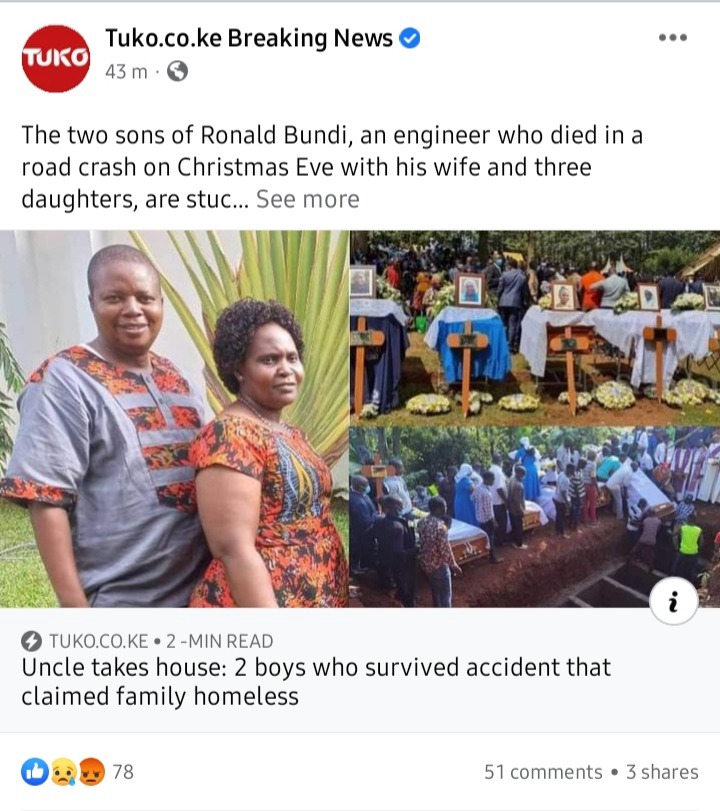