Father From Hell: A Man In Kisii Kills His Two Children, Kills Himself After Quarrel With Wife 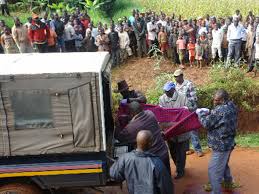 Suicide is the act of intentionally causing one's own death. Mental disorders nihilistic beliefs, physical and etc. Suicide has become a major problem facing Kenyans currently with high percentage of death rates being attributed to it. The most affected people are those in marriage or relationship.

Bochura area Chief Lawrence Omari said Daniel Makori, 44, is suspected to have killed his two children aged five and seven with a panga before he hanged himself with a wire.

Omari said it is alleged the suspect had squabbles with his wife, Naomi Nyaboke, who fled and left him with the children in the house, adding that police have launched a probe into the matter.

"It is alleged the suspect had squabbles with his wife, Naomi Nyaboke, who fled and left him with the children in the house." 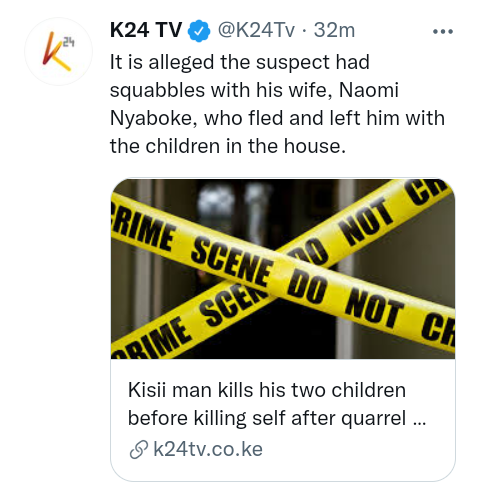