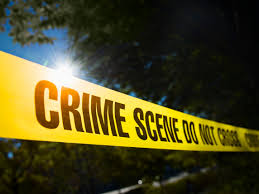 The village of Poroko in Kilgoris, Narock county was left mesmerized when a 17 year-old boy who is in class eight turned on his three relatives and killed them in cold blood.

The incident which has shocked many happened when the mother of the two children aged five and ten was away whereby the accused strangled the two young boys to death.

The Accused then later on attacked the mother whom he met on the way as she was coming home with machete killing her instantly.

The mother was reportedly pregnant at the time when the heinous act happened living the father of the house a lonely man.

Below are the photos of the young Angels whose lives were cut short. 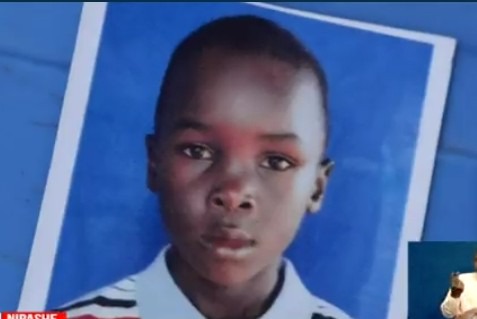 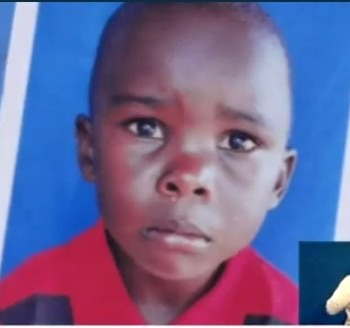 The later mother of of the two boys.

Speaking to the media, the visibly distraught father and husband asked the police to speed up with their investigations to bring that murderous boy to book.

The suspect who didn't deny having killed the three is in police custody and he is assisting in Carrying out with investigations.

The young man who is a nephew to the family was reportedly out on a revenge mission having been released from prison recently.

What are your view on this? Feel free to share your thoughts and comments on this on our comments platform. 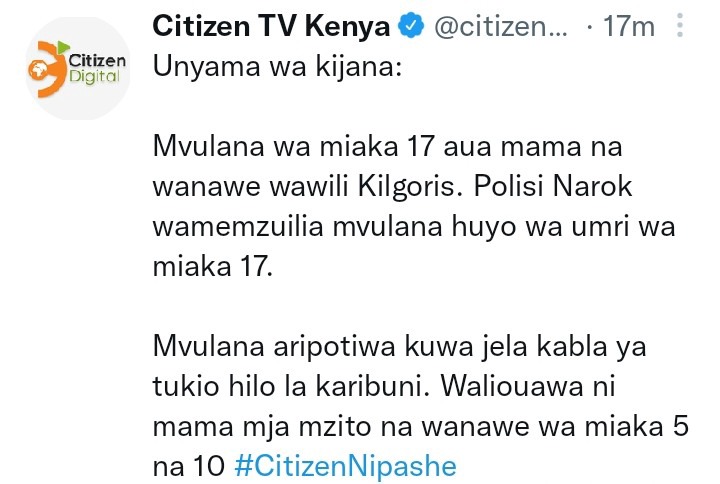 Raila Or Ruto? Latest Provisional Results As At 8.06 AM Shows Who Is Leading Between Ruto And Raila

5 of the Laziest Animals in the Animal Kingdom

'I'M Obsessed With My Baby.' Vera Sidika Says As She Posts Latest Pic Spending Time With Her Family

Two Presidential Candidates Make Their Way To Bomas Of Kenya Ahead Of IEBC Announcement.