Matatu From Kawangware Collides With a G-Wagon in Lavington

Drama was today witnessed in Lavington after a Matatu from Kawangware allegedly collided with a G-Wagon. 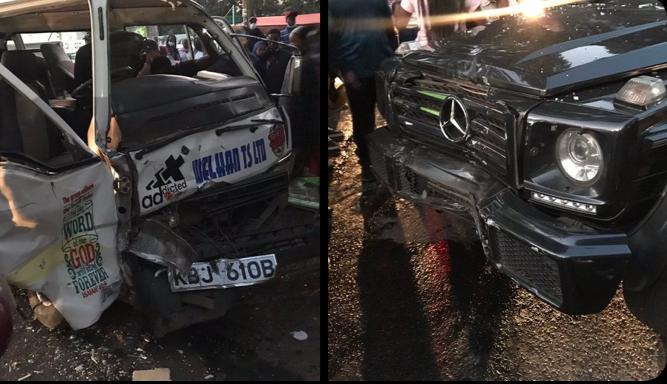 According to the reports given by a reliable source of information, it has been revealed that the accident which occurred today in the evening left both vehicles wrecked. Luckily, no one was injured in the process.

While reacting to this incident, kenyans who took to their different social media accounts to express their opinions and suggestions on the matter have called upon the inspector General of police, Hillary Mutyambai to conduct an investigation in order to find out what happened or rather is causing this accidents.

According to the reports given by most Kenyans, they claimed that it was so unfortunate that the government is yet to do something about the increasing number of accidents in the country despite the fact that Alot of people are currently Loosing their lives on a daily basis.

Surprisingly, this is happening at the same time when the National Transport and Safety Authority has called upon kenyans to make sure they stay vigilant especially during holiday seasons when most people tend to die in accident related deaths due to recklessness a mong drivers and other road users in the country.

In a news report that has been shared by a reliable source of information, it has been revealed that most of the accidents that have been occurring in the past few months are being caused by recklessness among road users who decide to disobey road rules and regulations. 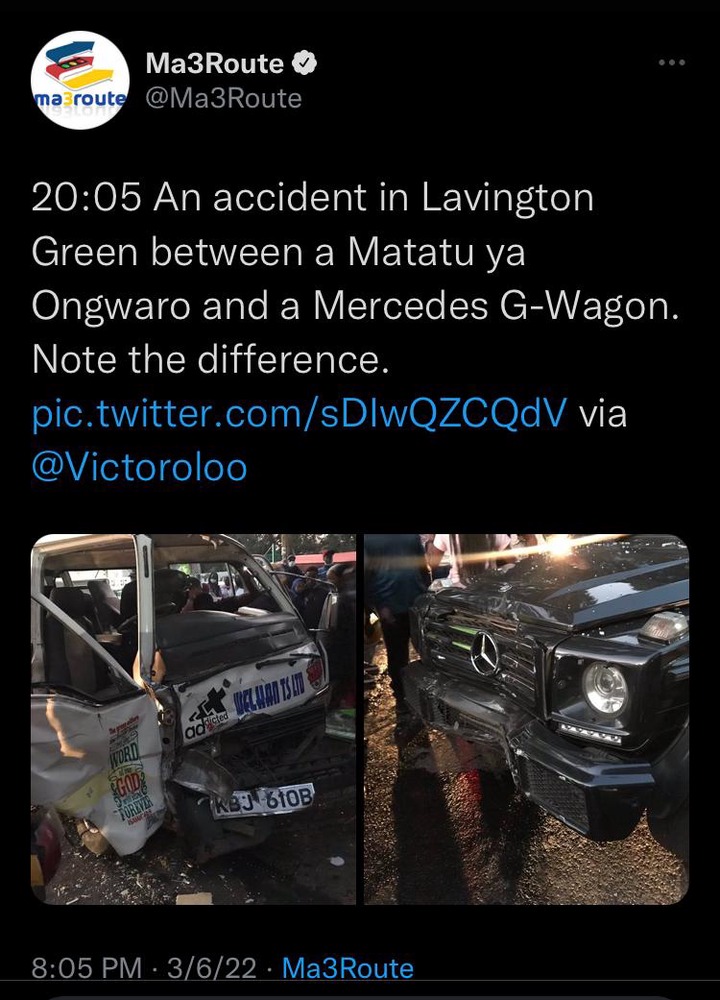 Azimio Brigade Gets A Warm Reception In Nyamira County