By YahilFelix (self meida writer) | 1 months

On 18th Sunday April, 2021 investigative journalist Purity Mwambia did an exposé dubbed "Silaha Mitaani." Kenyans shockingly received the news of how the people who are mandated to protect them are the ones immensely contributing to crime in the country. Mwambia revealed how the police aid in crime by leasing out their guns to criminals. 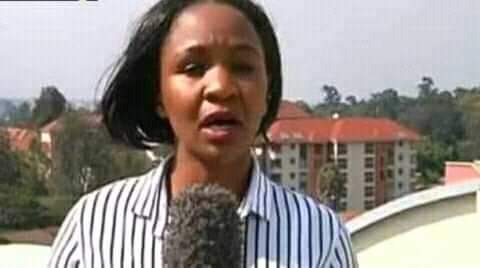 According to the bold journalist, the police lease out a pistol and Ak-47 at Ksh 5000 and Ksh 10,000 respectively. Mwambia also noted that the rogue officers give out bullet proof vests during such deals. In her blood curdling exposé, Purity revealed how with as little as Ksh 1000, you can easily acquire guns, police uniform, ammunition and handcuffs in Kenya. The investigative piece also revealed that when you want to buy a gun, a ceska pistol can be hired for Ksh 50,000 while an AK-47 costs between Ksh 80,000 to 200,000. She went on to mention some police stations which engage in dishonest activities. 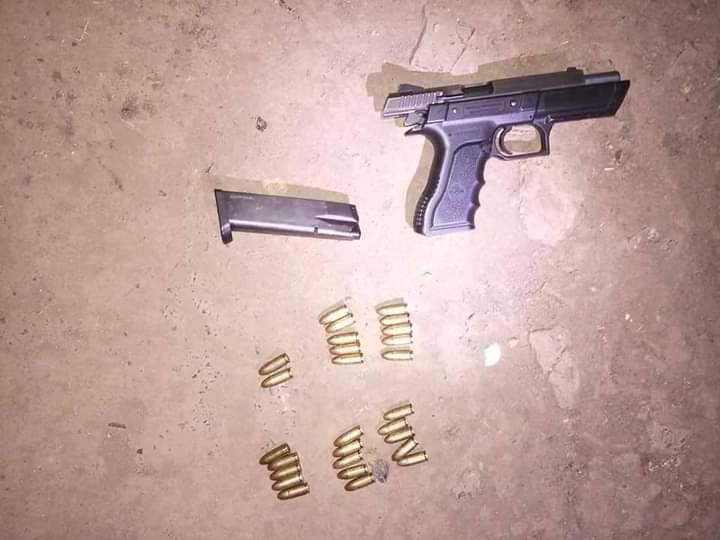 As a result of this, Kenyans flooded the internet to congratulate her work. A faction stated that she should be protected as she might be in danger while others said that she ought to be conferred with a Head of State Commendation (HSC). 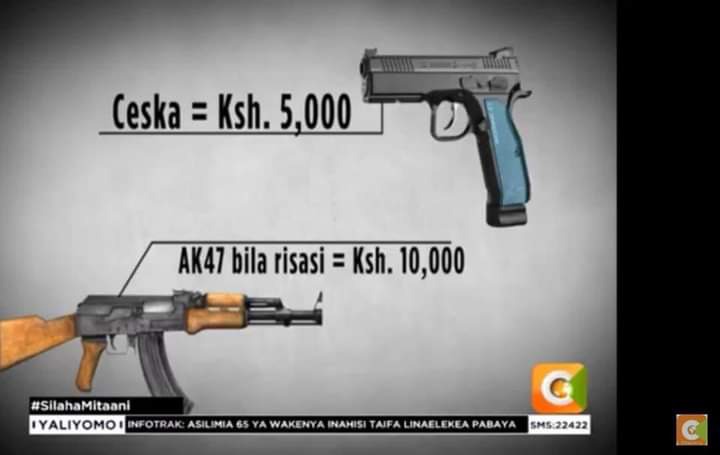 However a few hours after the exposé was aired, the famous killer Cop 'Hessy wa Dandora" came out to tell her that she miss out some points in the investigation. The dreaded cop told her that she should have done her investigations properly since the gun that she mentioned did not belong to a police station (Dandora Police Station) as she alleged. 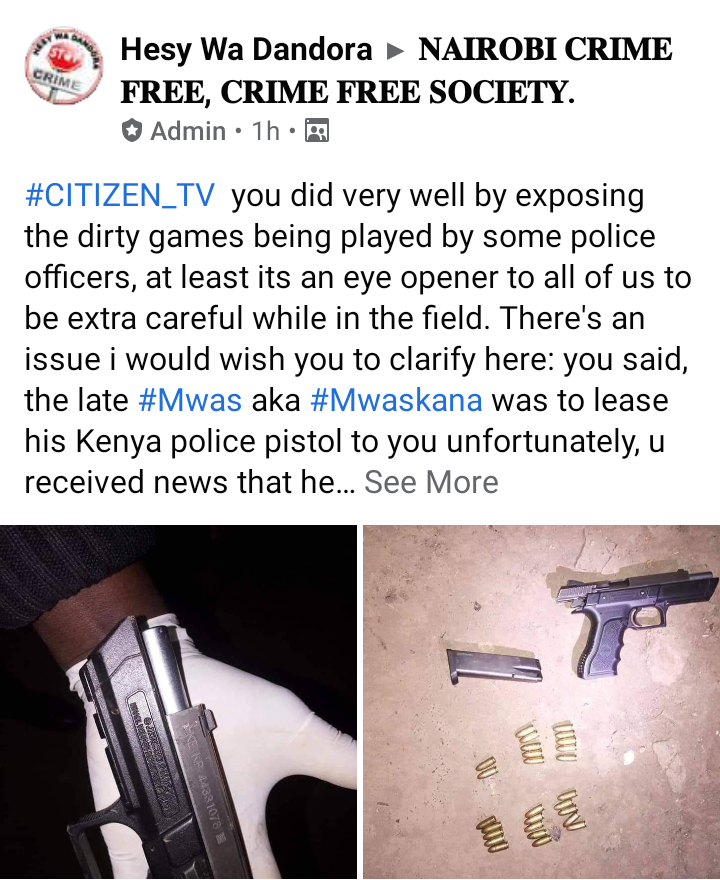 Seemingly furious, 'Hesy' thanked the TV station for exposing bad officers. He then added, " ..you said the late '#Mwas' was to a lease his Kenya Police pistol to you honk, unfortunately you received news that he had been shot dead and his gun recovered by the police. And the said gun belonged to Dandora Police Station," Hesy fumed. He added that the gun doesn't belong to the said station. He urged Purity to conduct her investigation well to avoid "assassinating the character of other police officers.

Do you think the government will protect Purity because of such an investigation? Please leave your comment.

Old Man Dies After Spending a Night in a Local Bar, Female Room Attendant Found Him Locked Inside

Four Prominent Kenyans Whose Roads Signs Named After Them Vandalised

Chinese National Arrested in Kileleshwa With Sophisticated Guns in His House

Kenyans React After Moses Kuria Hits Back At President Kenyatta