By CrimeBuster (self media writer) | 9 days ago

Police officers from Kiambu have arrested a man who is reported to have been declared wanted a few weeks ago after a number of victims identified him as the man who has been taking advantage of women to the point where he would Stab others. 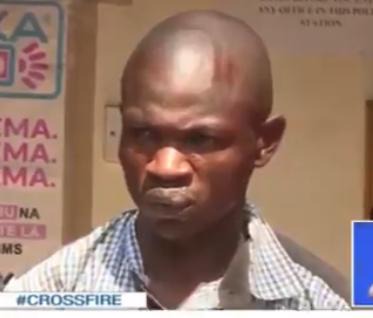 Luckily, the woman survived and was able to make a report to the police station for more investigation and questioning after which police officers launched an investigations in order to find the suspect who had gone into hiding.

On to what most residents might consider as good news, it has been revealed that the suspect was allegedly arrested today by police officers who immediately took him to the police station for more investigation and questioning after which he will be presented in court.

However, police officers have revealed that they were able to find a number of items in the possession of the man adding that they found a cotton filed with women under wears along with served other things which they took to be used as evidence.

While reacting to this incident, residents of Kiambu have praised the officers for doing what they termed as a good job due to the fact that they were allegedly living in fear of being murdered by the suspect who they claimed has already left a number of women nursing lifetime wounds.

In their own opinions and suggestions on the matter, they claimed that his arrest had finely brought a sigh of relief to most women who Untill now were afraid of running their errands in fear of being attacked by the the suspect. 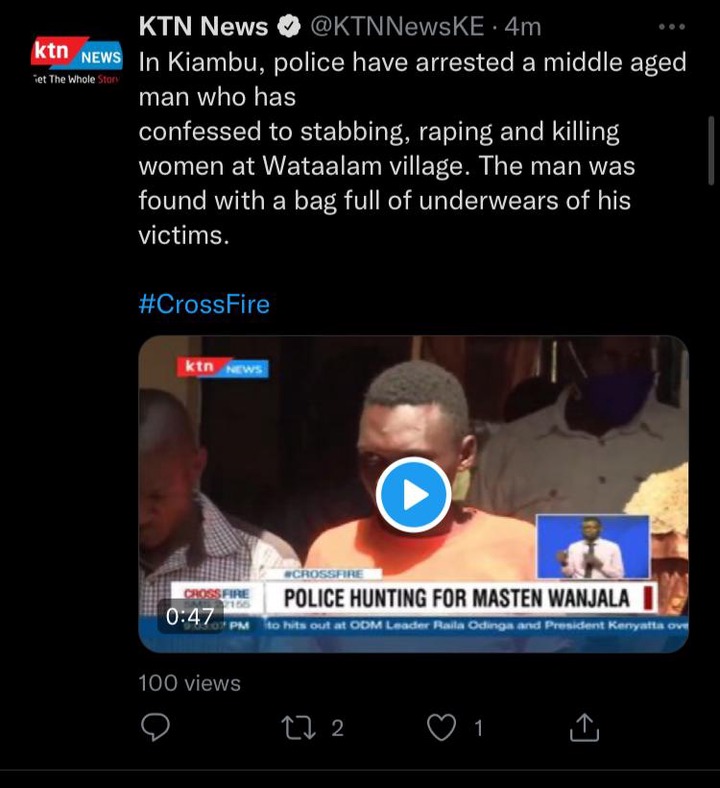