By Remote- (self media writer) | 2 months ago

An armed Criminal has today shocked police officers who acted on Intelligence reports after admitting that he was released from Kamiti Prison barely 3 Weeks ago after completing his jail term of 4 years.

According to the reports by Kenyans.co.ke, Huruma Police Station OCS Hon Robert Mugo who led the operation on Tuesday evening was shocked to find out that the Criminal was the one who was leading the Dreaded gang of Criminals who have been terrorizing locals in Huruma and Kariombangi. 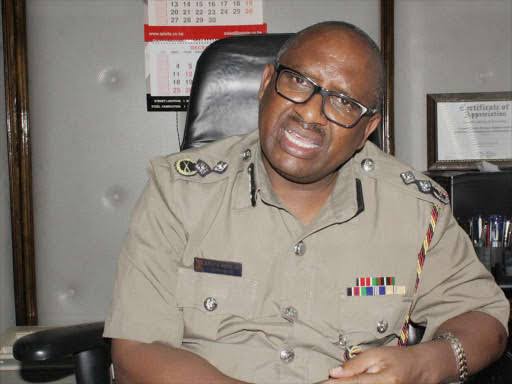 "The cops arrested three while seven others escaped the dragnet. Upon searching the suspects, they were each armed with extremely sharpened knives hidden under their trousers. However, police were puzzled by one suspect who was released from prison a month ago.

"Detectives alleged that the ex-convict may have been a mastermind behind robberies committed within the Huruma and Mathare areas," Kenyans.co.ke reported.

Meanwhile the news comes barely hours after Inspector General of Police Hon Japeth Koome announced that they will begin a program that will see pensioners pass via beneficial training a move aimed at helping them mend their ways. 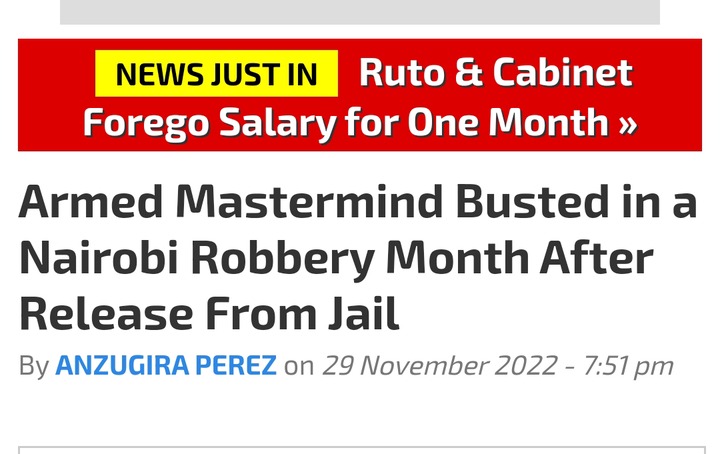