IPOA is currently investigating an incident that happened today in the morning where a middle-aged man is reported to have been killed by the police during an ongoing demonstrations. 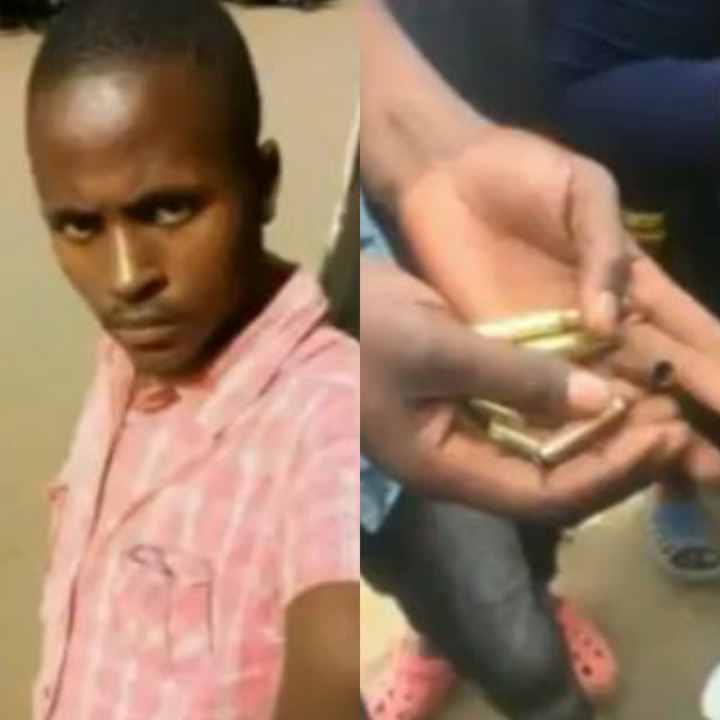 According to the reports given by Citizen Television, the victim who has been identified as Peter Mwazo died instantly after being hit on the head by a bullet that was fired by one of the police officers.

Giving their statements, several residents said that they were carrying out peaceful demonstrations before a number of police officers rushed to the scene and immediately started engaging with them in back and forth battle that ended up killing one of them.

"What would you do if you wake up only to find that your source of income has been demolished, this is why we decided to demonstrate in order to find out the truth because we were not given any notice before the demolitions. However, its so unfortunate that one of our own had to die from a gun shot", one resident said.

Refuting this claims Kahawa West police boss said that they issued residents with a notice several months ago adding that unlike what most people said, the deceased was shot by a stray bullet that had been fired to scare the protestor away.

"We gave them a demolition notice several months ago, let them not say that they were not given a notice and as per the deceased, I would like to say that he was killed by a stray bullet we didn't shoot him intentionally as most residents claim", An officer said.

However, kenyans who reacted to this incident have called upon IPOA to look into this situation wanting to know why the officers didn't use rubber bullets as its often done by other police officers. According to most residents they claimed that the deceased was shot in the head. 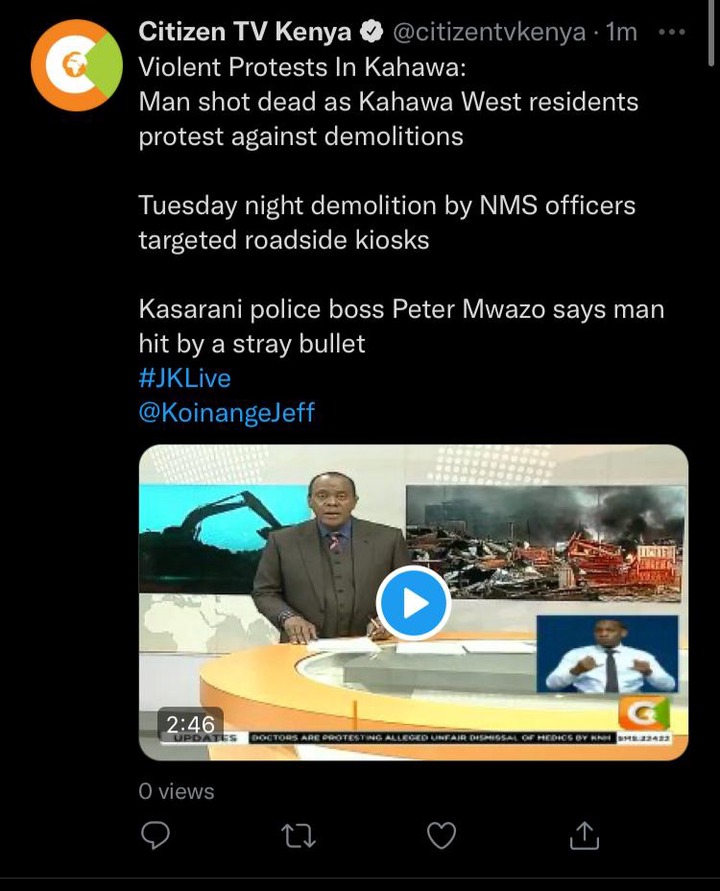 Ruto Finally Reveals Why Uhuru, Raila Betrayed Him As He Donates Car to Kakemega Pastor