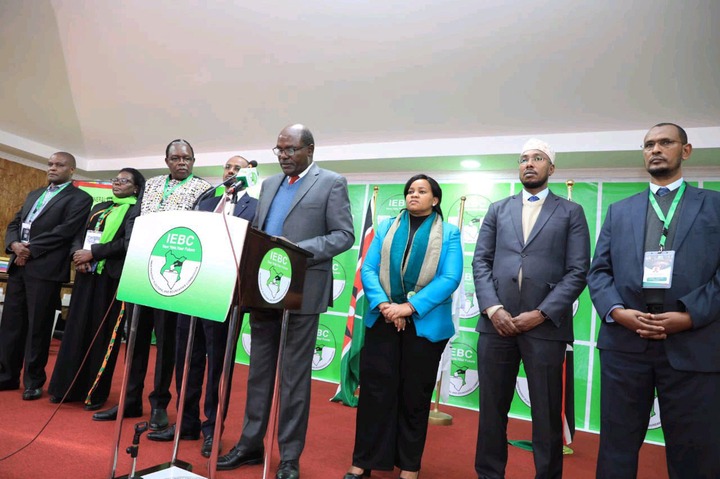 Friday night, Chebukati told the press that on August 11, police officer Daniel Musyoka vanished. At 9:45 that morning, he was last seen at the tallying center at the East African School of Aviation.

"The Commission and Musyoka's loved ones have been unable to get in touch with him. The Embakasi police have received a report of a missing person "A statement from Cheebukati. Musyoka's duties have been handed off to his subordinate. On Thursday, when the winners were supposed to get their certificates, Musyoka could not give them.

An alternate IEBC official, filling in for Musyoka, presented the certificates of election to the newly elected MCAs and MP Babu Owino. Musyoka was unavailable for interviews with reporters on Tuesday afternoon,h en they reportedly sought to reach him. 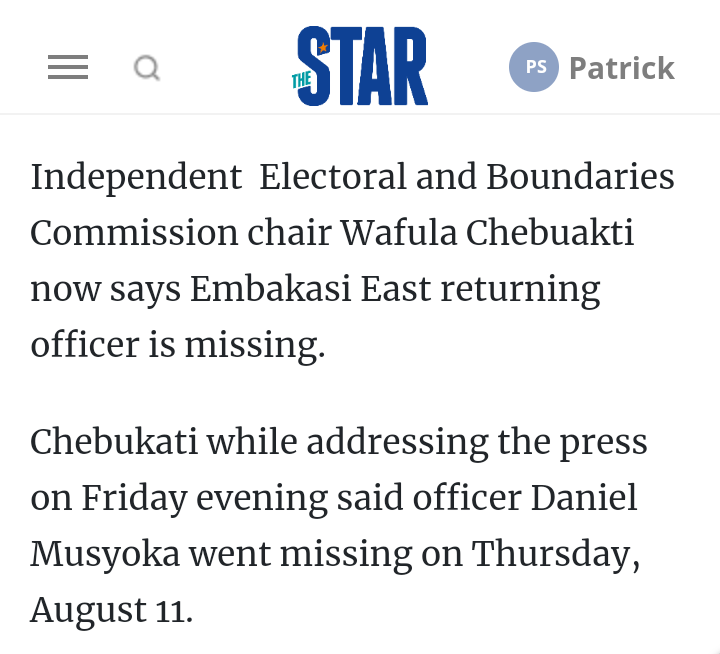 There was a stir when the audience demanded to know why Musyoka wasn't there to make the announcement.

"This Is Wrong" Youthful ODM Politician Hits Out At Ruto Over State House Church Services.

Ruto Congratulations Message To Kipchoge After Breaking His Own Record