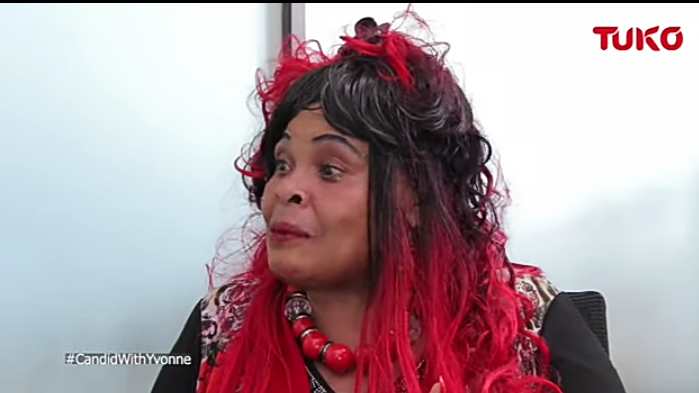 The lady, Reverend Elizabeth Wahome Karanja, narrated in tears how she spent all she had to cater for her husband's treatment, but her in-laws hated her and chased her out of the family.

Elizabeth is a born-again Christian who believes in and trusts the almighty. The two last names, Wahome and Karanja, represent her two late husbands. In 1983, she got married to Karanja for 10 years, and they had four kids together. In 1992, when chaos had erupted in the country, her husband went to rescue people, specifically his mother. On finding out how much worse the situation was, he got shocked, and one of his blood veins burst, causing internal bleeding. However, he did not notice it.

The mission was a success, and he went back home. Three weeks later, Elizabeth noticed something was not right, and he was taken to the hospital. When doctors examined him, the blood had caused a lot of clotting, and they were not sure if he could survive.

On the day that her husband died, they visited him together with other relatives. However, the hours designated for visiting patients had not arrived. They pleaded with the doctors, and she was allowed to see him alone. She found him in critical condition, but he was still breathing. Then she joined her relatives outside, and they waited for the designated time to arrive. When they all went in, they were surprised. Blood was all over the room, and her husband was not there. Then the doctors explained to them that he didn't make it.

Elizabeth then stayed for 19 years before she got married again to Wahome. They stayed together for years before Karanja got ill with an unknown disease in 2019. When he was examined by the doctors, they recommended a therapy session for him since no disease was found in his body. The therapy started and ran up to February 2022 before her in-laws began their drama.

The father-in-law called her and requested their presence, insisting he had something to tell them. On reaching there, they were welcomed, but she was surprised that the father had nothing to tell them. In addition, he demanded that her husband not go back to Nairobi. However, Karanja requested to go back, and that is how they got a chance to leave for Nairobi.

Three months later, the in-laws informed her that her husband had been transferred to Murang'a Hospital for treatment. This only allowed her to visit him on Saturdays and Sundays. The in-laws then began to project their hatred toward her. Anytime she visited her husband, they would treat her as an outsider. This continued to worsen and reached a point where her father-in-law threatened to beat her. They claimed that she had neglected her husband.

She then stayed for three weeks without visiting her husband until a lady who recognized them as her marital parents insisted she sees him. They went there together, but she was first denied permission to even talk to her husband. The lady they travelled with convinced the in-laws, and they allowed her to only greet him.

After going back to Nairobi, the two met again on the 9th of August ( Election Day) in a polling station. They called the in-laws to confirm how the husband was doing, and the good news was that his health was improving.

The following month, she was hit with bad news. The in-laws informed her that the husband had died. What pained her the most was that the bad news was only disclosed to her four days after he had died. In addition, she only had an allowance of two days before the burial.

This made it hard for her to tell her friends, so she ended up posting it on social media. However, it drove a wedge between her and some of them. How would you feel if someone disclosed the death of your close friend four days later?

Karanja was buried, and she was thrown out of that family without anything. While narrating, she also apologized to her friends, who hated her because of this incident.

To hear every inch of the story, watch the video below: