By Owis (self media writer) | 3 months ago The two elderly women, according to police reports sustained serious injuries after they were knocked down by the rider who was transporting an unspecified amount of bhang in Isiolo town.

The two grandmothers were crossing the busy road before the motorcycle moving at high speed hit them down.

After the accident, the crowd cornered and apprehended the bodaboda man together with his pillion passenger attempting to disappear and beaten badly by the enraged before police intervened. 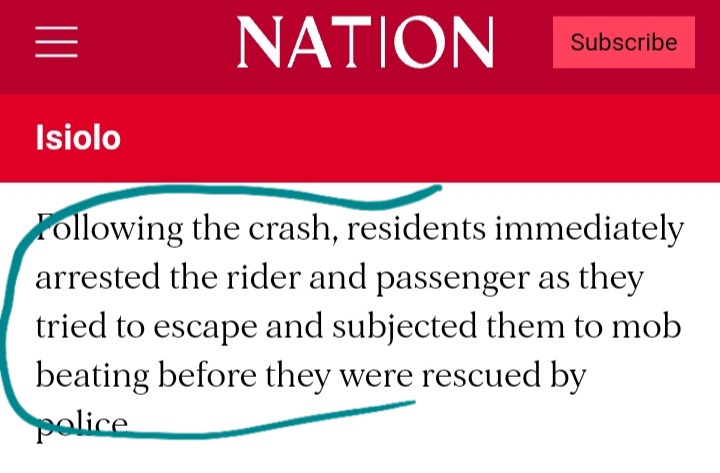 The two are currently locked up at Isiolo Police Station as police investigations on the matter goes on. 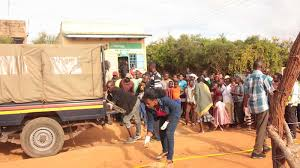 The duo would be charged with trafficking narcotics contrary to section 2A (341) of drugs offence act. 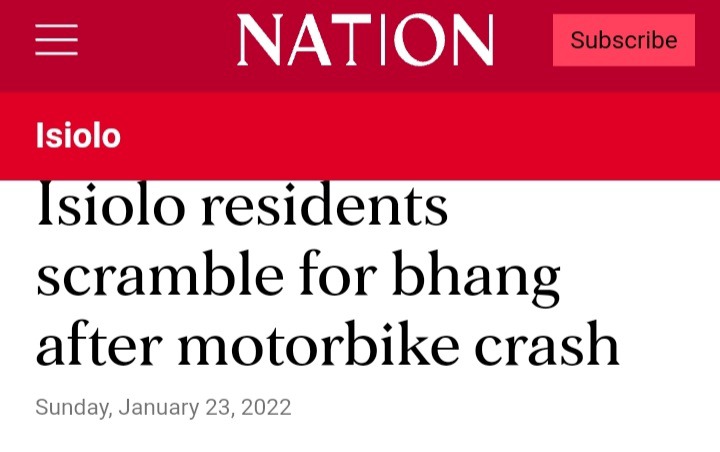