Just In :Government Breaks Silence After National Police Ordered Bars & Clubs To be Closed by 7pm

Government's Spokesperson Cyrus Oguna has called upon all kenyans to make sure they stay calm as they await an announcement that will be made by the Cabinet secretary of Health, Dr Mutahi Kagwe who will set things straight on the operation time of entertainment joints. 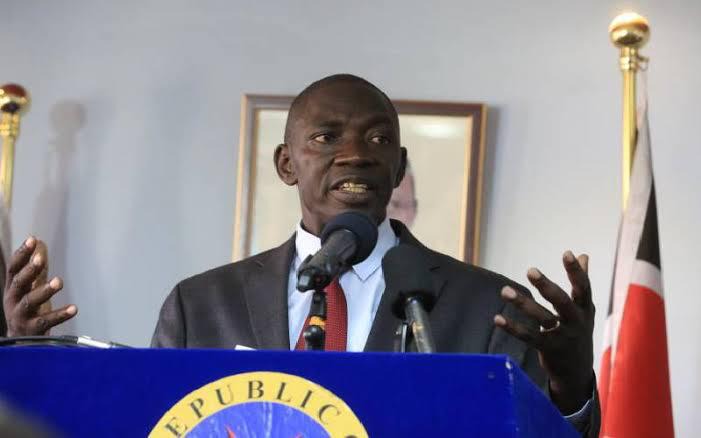 Yesterday, Health Cabinet Secretary, Dr Mutahi Kagwe gave a contradicting report with the National Police Service after he claimed that Kenyans are to be allowed to spend as much time as they want in their preferable places of entertainment.

According to the reports given by Mutahi Kagwe, he said that it was okay for kenyans to enjoy themselves. However, the Kenya National Police Service later refuted this claims giving a contradicting information after it stated that the ban and time limit of bars and clubs operation was going to remain intact.

Expressing their concerns and confusion, kenyans took to their different social media accounts to express their anger and dissatisfactions after these two reports demanding to know what the two teams meant and what kenyans were supposed to do.

However, in the latest developments on the confusion caused by Mutahi Kagwe and NPS, government spokesperson has revealed that they are going to put clarity on the operation time of bars and clubs in Kenya. 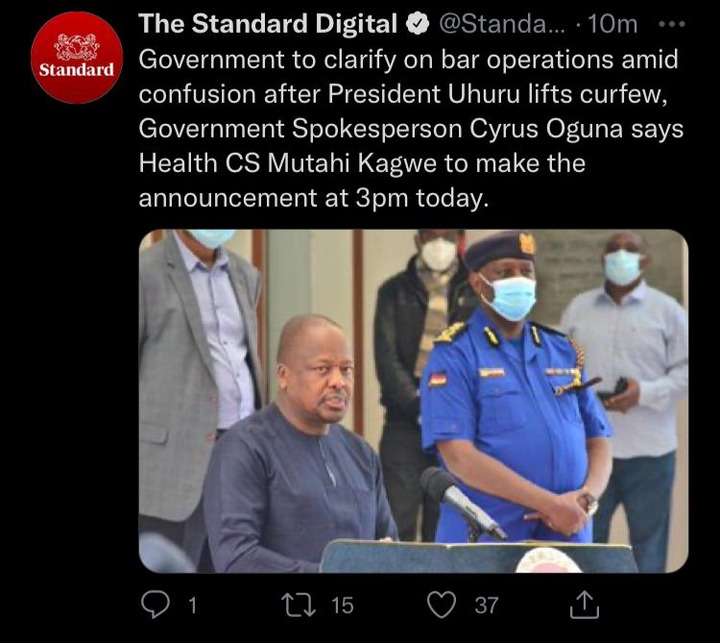 Uhuru Delivers Good News to Kenyans Ahead of 2022- VIDEO