Where Is The Source Of Arthiriver Meat? Butcher Owners Asked To Explain

By HourNews (self media writer) | 5 months ago 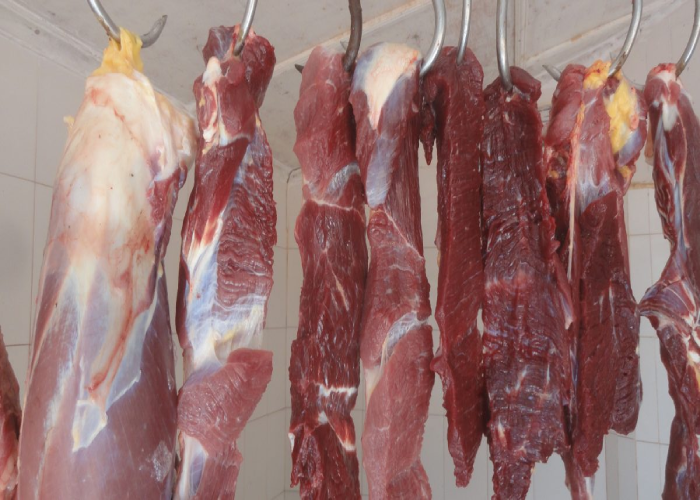 Butcher shop owners selling meat in Athi River Sub-County, Machakos County, will be required to disclose their sources of meat.

According to the Athiriver Sub-County Safety Committee, stock theft is on the increase and the safety committee has approved that no meat is sold without knowing its original source.

"From January to this month, we have seen an unusual increase in cases of cattle rustling, around Athiriver with over 700 head of cattle stolen, and we have come up with strategies to reduce the problem," said the DCC.

The sub-county security chairman said the criminal investigation department, Athiriver DCI, would examine the source of all animals traded in the area, to find out where they came from and details of their farmers.

Wambugu said the safety committee profiled all residents who own livestock in Athiriver, all businessmen who own or sell livestock, and those who sell meat to create a database that will often be reviewed by DCI.

“We realized that the cases of cattle rustling were caused by traders who want to buy stolen animals for slaughter,” Wambugu said.

The committee heard that most of the cattle are sold to slaughterhouses and butchers in Kitengela, Kamulu and Nairobi while other animals are taken across borders by cattle thieves.

Wambugu further said that due to the joint efforts of his security team and the public, nearly 400 animals have been recovered and 12 suspects have been arrested and brought to justice in Athiriver Court for cattle rustling.

According to Wambugu, 40 names were passed on to DCI for investigation, after residents suspected them of being in contact with cattle thieves to steal their cattle.

“Over the past two weeks we have organized public barazas and over 40 names of suspected criminals who often collude with farm workers and butcher shop owners to steal their cattle, DCI is working on these names, and we profiler them and allow them to register declarations. as we check their background and daily activities, ”he said.

The committee urged home and livestock owners to get basic information on all wardens before employing them on their farms to prevent burglaries in the area.

"We found that most of the cases involved insiders, employees hired by family owners and livestock owners to look after their families or animals, where most basic information about the workers is scarce or unknown," he said. said Wambugu.

The DCC said it was difficult for the DCI to recover or locate the stolen livestock due to the precise details of the farm work.

"The committee advises residents of Athiriver who own cattle to refrain from hiring foreigners, because when foreigners are involved in cases of cattle rustling, it is difficult to apprehend them," Wambugu warned.

They advised residents to embrace community policing in information sharing and also to hang on to reporting cases of theft as they help facilitate tracing by the security service.

A few weeks ago, a stock theft suspect was killed by the public and his accomplice escaped to Kyumbi area, Mavoko constituency and upon investigation he was identified as a resident of the county. neighbor of Tanzania.

Big Blow to Uhuru As Munya, Yatani and Several CS's Expected to Resign