By Annnjeri (self media writer) | 10 months ago

Just days after Harambee Stars and AFC Leopards fan Juma was killed by assailants believed to be his relatives over a piece of land, a family in Meru has been hit with double tragedy after their killer brother turned the sword against his blood and ended the lives of two of his brothers.

A family of 15 has expressed their fear after their killer kin committed the murder of his two brothers and is still at large with his other relatives believed to be aiding his escape from the security forces. 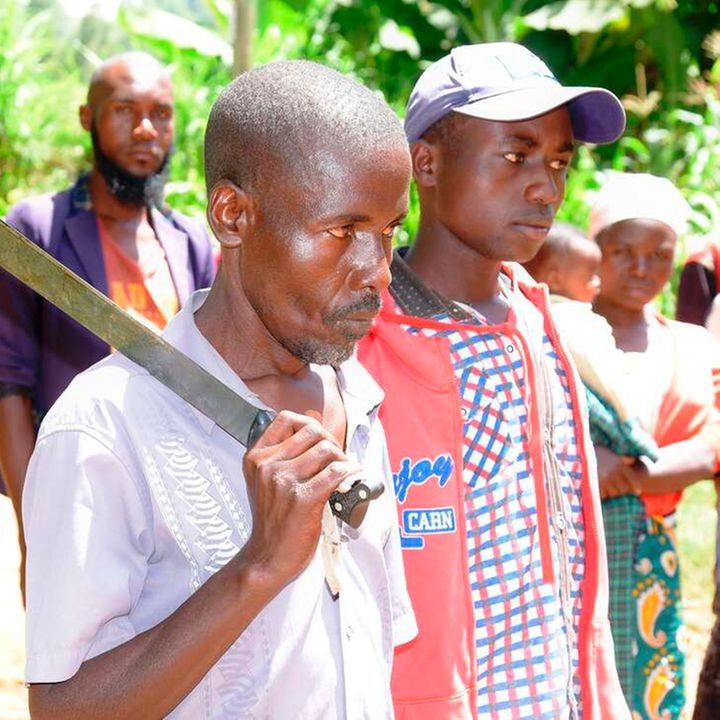 The man who has been identified as Stanley Ntarangwi has forced his family to flee after he threatened he would slash them all over a two-acre piece of land that has already seen him kill his stepbrothers Joseph Mukaria and Charles Kathongi who he had accused that they had left a small portion of land for him.

The family has been forced to relocate three kilometers from their home with the police also confirming the efforts to hunt Stanley has become complex with a group of ten men armed with machetes spotted patrolling the homestead in search of him.

"As a family, we have a difficult time planning the funerals. Villagers are afraid Ntarangwi may emerge from his hideout and attack us. We do not even have the money to clear mortuary bills,” Ms. Kaluyu said.