Several passengers have escaped unhurt following an accident that happened today in the evening after a public service vehicle allegedly overturned near the Mlolongo weigh bridge. 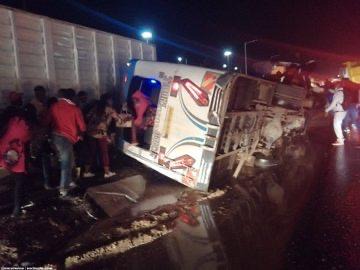 Taking to his Twitter account to express his fear and concerns after the incident, a man who has been identified as Oscar saina said that the vehicle allegedly overturned after the driver lost control.

Shockingly, the witness revealed that the driver allegedly fled from the scene of the accident leaving his passengers who were forced to break the Vehicle's window Stranded inside the vehicle. Luckily, no injuries have been reported at the scene.

This is happening at the same time when the government through the National Transport and Safety Authority has revealed that the rate of accidents in this year has already surpassed the number of accidents that happened in 2020 thus raising concerns due to the fact that the year is yet to end.

According to the reports given by the National Transport and Safety Authority , they claimed that the increased rate of accidents is being caused by ignorant road users who for one reason or another, choose not to follow the set traffic rules and regulations thus causing this accidents.

While reacting to this incident, kenyans who took to their different social media accounts to express their opinions and suggestions on the matter have called upon the ministry of transport to allocate Cctv Cameras on different roads in order to help with investigations incase of this kind of incidents.

However, others went ahead and called upon the government urging them to consider repairing the already fading infrastructure in different parts of the country. According to the reports given by these section of Kenyans, they claimed that poor infrastructure was another major cause of the increased number of accidents in Kenya. 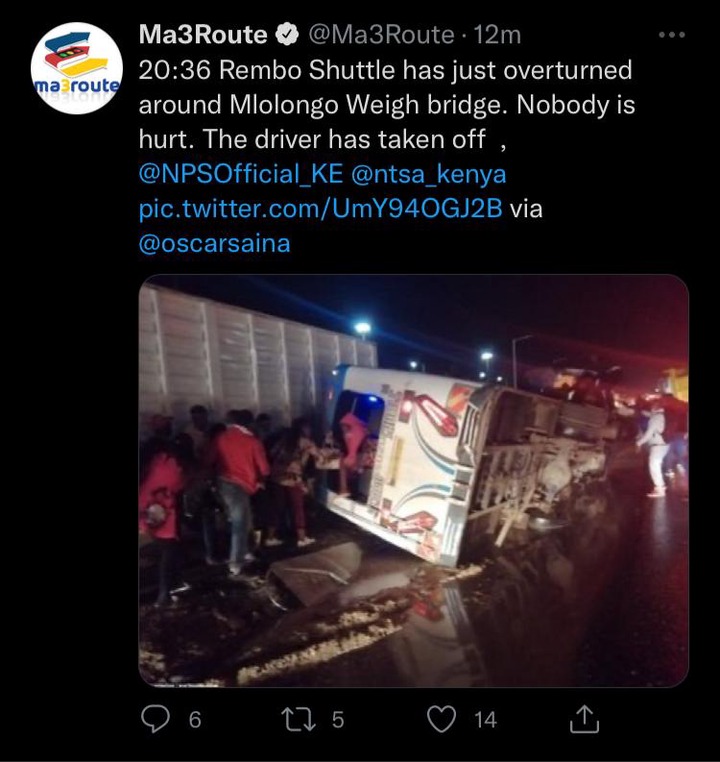