By AyodiK (self meida writer) | 4 days 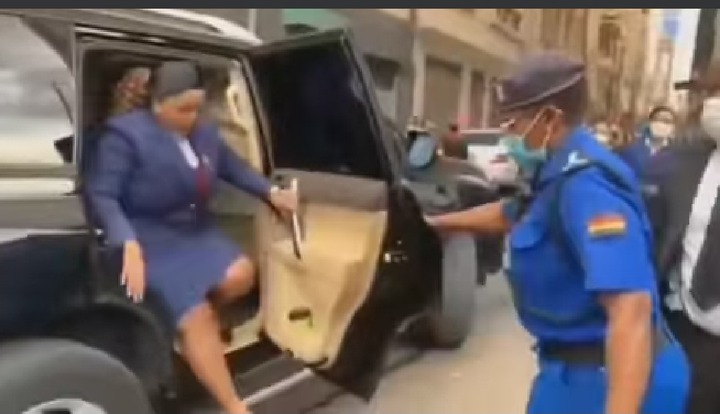 For over the years especially during Uhuru Kenyatta's administration, leaders and top bloggers have been lamenting about the Alleged misuse of the Police, where they are ordered to execute personal businesses and work in favour of some individuals in the Country.

This drew the attention of the National Police Service Bosses who implemented different structures and rules to block certain individuals and private entities from Hiring the Police any time they wanted. There has also been a limited number of Police attending political rallies and other functions that are not directly linked to the government.

However, Blogger Mutai who has been constantly criticizing try misuse of Police has once again exposed an incident where a police Officer was seen opening doors for a Female Pastor named Reverend Lucy Natasha in an in unknown location in the Country.

Mutai who spoke through Facebook says that the Police are being misused to a point of opening doors for the reverend even when they are in complete Police uniform.He wondered if the event was that Official and needed the Officer to undertake the duty while donned in the full police attire.

He also said that the whole Incident is quite embarrassing and unacceptable in the society adding that the Police Officer whose identity has not been revealed should face disciplinary action immediately. 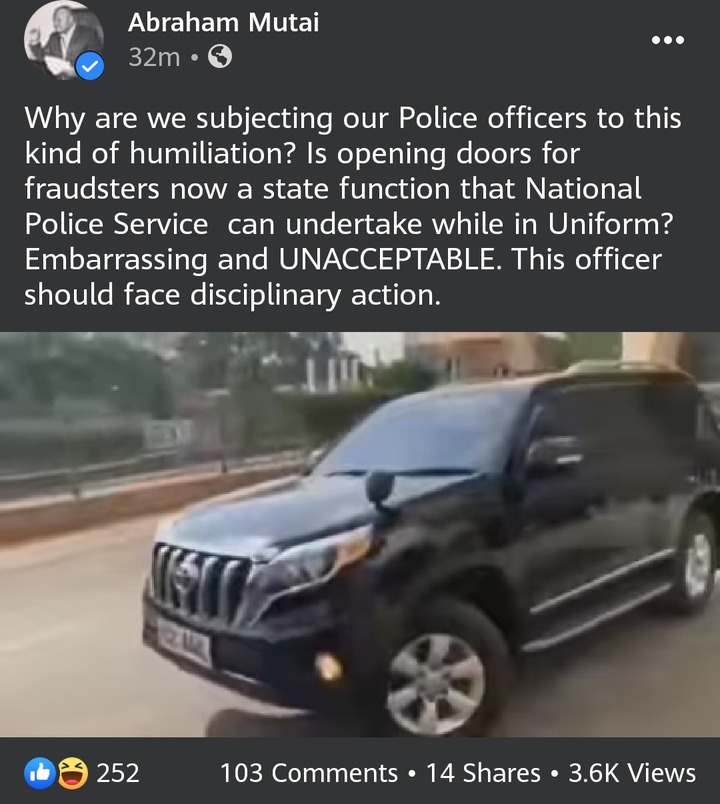 Videos from the scene showed several Cars in a high way without traffic, while escorting the clergy woman. Police Cars were also Seen in The whole Caravan while offering security. The Cars reached the destination and the Officer was seen opening the door for reverend Natasha who came out in in style.

Natasha has found Herself in the receiving end severally, with various bloggers attacking Her and other associates for allegedly conning Kenyans in a way that they can't suspect. The link below shows the video :

Kenyans who also chipped in to have the conversation gave their comments and below are some of them: 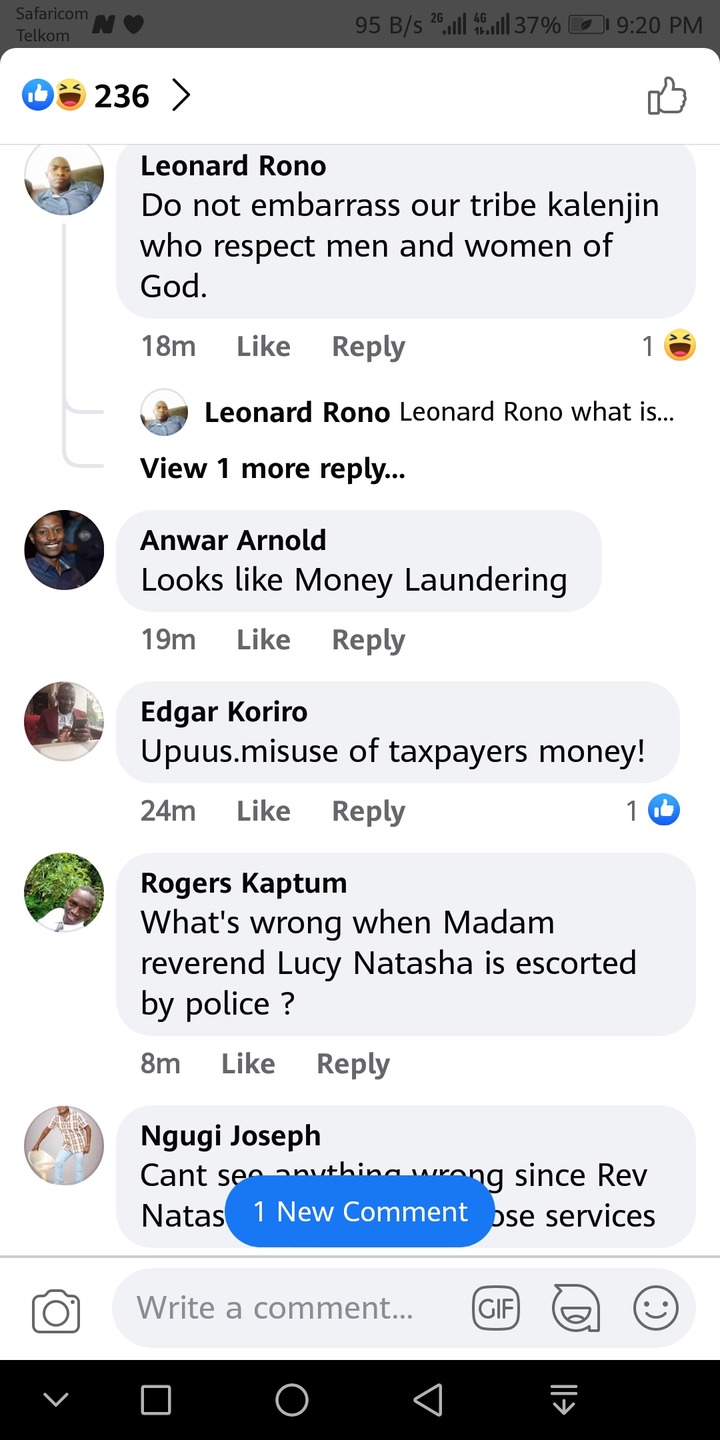 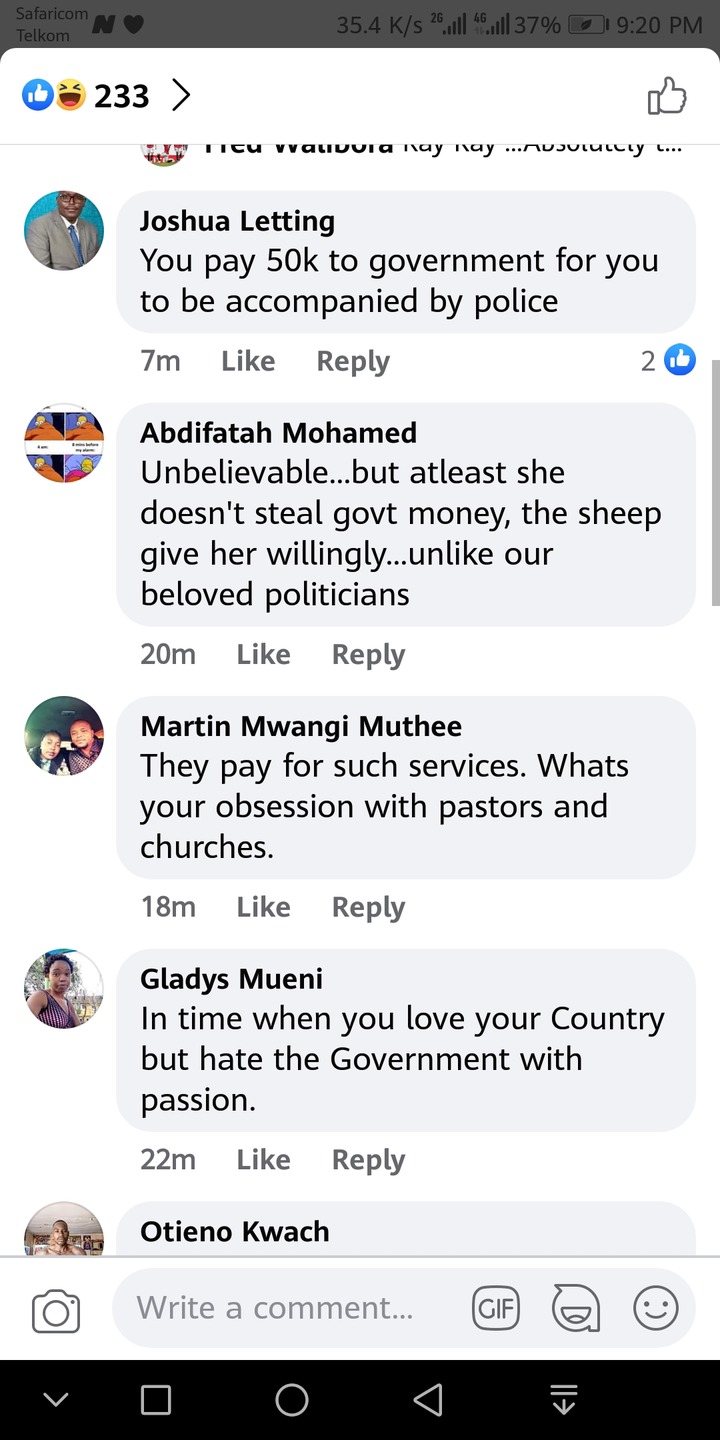 Here are The Most Important Safaricom Codes You Must Know

The Star Forced To Pull Down Their Controversial Post on Uhuru