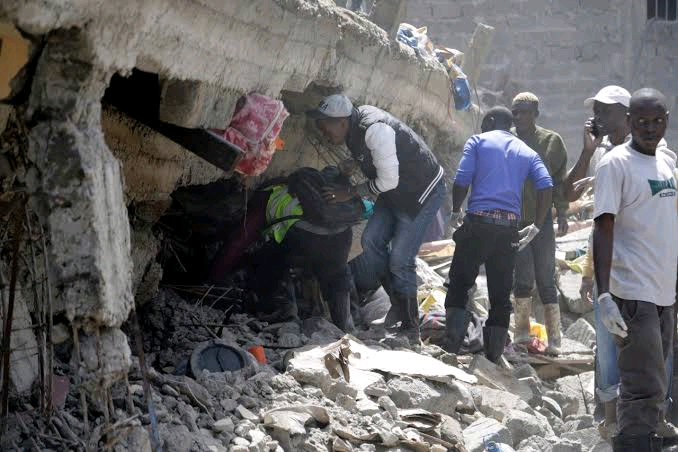 Three police officers and two minors were among eight victims pulled out from the debris of a collapsed building in Miti Moja Tuwan estate, Kitale town in Trans Nzoia County yesterday afternoon.

The building, a maize store that was full of over 3,000 bags of dry maize, collapsed next to the mud-walled building used as rental stores.

The eight were taken to Kitale Level Four Hospital for emergency treatment.

County Commissioner Sam Ojwang’ who visited the scene told the press that the eight people were treated for slight injuries and released.

Ojwang’ also ordered that the bags of maize be evacuated from the collapsed building in search of for possible remaining victims, adding that the number of dwellers in the nearby housing rooms were not immediately established. 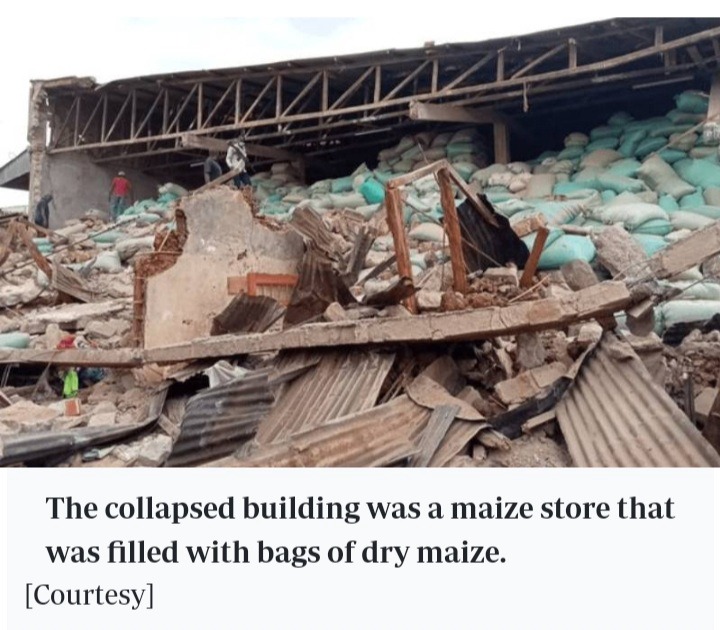 "I have ordered that the National Construction Authority, the County department of Public Works together with local agencies to probe and unravel if the construction of the building was poor," stated Ojwang.

Saying that the law would take its course on the premise operator and those linked to the construction should the investigation find them accountable.

Ojwang’ warned businessman and women against flouting laid rules set while coming up with their businesses. 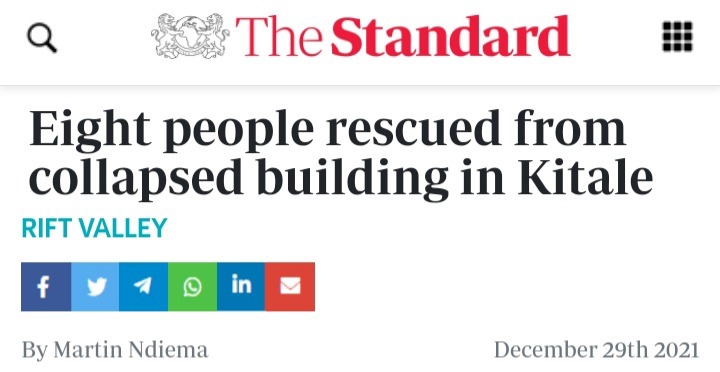 KPLC Announces Monday 16, May Long Hours of Electricity Blackout Within the Following Areas

JUST IN: Susan Kihika New Citizen-Centric Approach As She Interacts With The Local Residents