Police officers from Kayole are currently searching for a group of armed thugs who allegedly launched an evening attack on 9 security guards who were looking after several properties in one of the estates in Kayole. 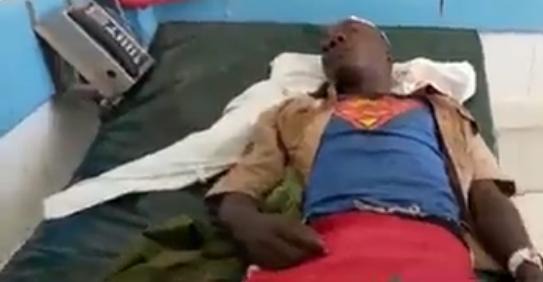 Reporing this incident, one of the security guards who is currently receiving medical treatment in Mama Lucy hospital has revealed that the suspects allegedly ambushed them in the evening and immediately started attacking them without any warning or rather, any reasons.

In his own words, the victim whose name is yet to be disclosed said that the suspects who were armed with machetes and clubs allegedly started slashing one of the security guard and in attempts to save him, the group turned to other security guards, slashed them several times before fleeing from the crime scene leaving them for dead.

"They came armed with machetes and clubs. It's like they had been sent by someone. I was sitted and after I saw them attacking my colleague, I decided to Intervene maybe thinking that they had a misunderstanding. To my surprise, they turned on me and eventually went to other guards who I was working with. They only left after a large crowd started forming", "he said.

In attempts to save their lives, several residents rushed them to mama Lucy hospital where they are currently receiving medical treatment. While reacting to this incident, one of the police officers who responded to the incident after receiving an alert has revealed that they are currently searching for the suspects.

Reports given by the officer has revealed that the suspects might have been sent by an unknown person maybe to fight over land related issues due to the fact that the suspects who attacked the victims didn't steal or take anything from them adding that they attacked and left.